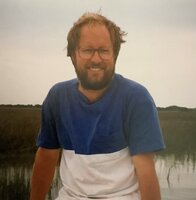 Surrounded by family, Milton “Mitt” Jeffords (Goose Creek) went home to be with the Lord on April 12, 2022, after an extended illness.

Mitt was born in Orangeburg, SC on March 5, 1949 to Milton Kennedy Jeffords III and Elizabeth “Betsy” Coleman Jeffords. He attended the University of South Carolina, majoring in advertising. He was a member of the Sigma Chi Fraternity. He served in the US Army. He and his wife, Cathy were married on October 26, 1969.

After various adventures in real estate and sales, He found his passion as a landscape contractor. He was a master artist when it came to landscape design, creating real life landscape portraits for many to enjoy. His company, The Jeffords Company, helped bring color and life back to Wild Dunes, after Hurricane Hugo.

He also loved golf, fishing, gardening, and USC sports. He was thrilled that the Gamecocks just won the Women’s Basketball National Championship.

Through all of his health difficulties, he maintained a refreshishing optimism that is rarely seen. His faith was an inspiration to many.

He is also survived by his brother, Larry Jeffords,

He was preceded in death by parents, Mitt and Betsy Jeffords, and his brother, Jack Jeffords.

The arrangements are being handled by Simplicity Lowcountry Funeral Home, and the family has opted for a private ceremony. In lieu of flowers, please take your family to a lunch or dinner, and enjoy the time you have with them.