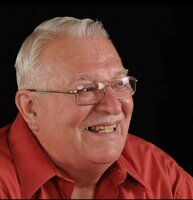 He was a man who was known for his great big ole smile. He enjoyed life thoroughly. He loved his cruises with his beautiful wife, Dottie. They were married in June of 1979, which he said was a very important day for him.

He proudly served his country for 23 years achieving the rank of Chief. He entered the Naval Reserves at the age of 17 while still in high school. He joined the US Navy in 1964 upon graduation. During his career he served on 18 different submarines as a Radioman, serving in Vietnam.

He is survived by his wife, Dorothy; four children: Gordon, Kathy, Joe (Jaqueline), Shenandoah; four grandchildren: AJ, Patrick, Josie, Jack: a sister Karen. He was preceded in death by his parents, Mr. & Mrs. David Brace and a sister, Liz.

Funeral services will be held at Simplicity Lowcountry Ladson Chapel Friday May 20, 2022. Visitation is at 11:00 am, with funeral services 12:00pm. Graveside burial at Whispering Pines to follow.