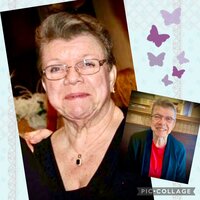 Anna Jean Raybourne Funk, age 74, passed away peacefully on Tuesday, May 3, 2022 after a long battle with cancer.  She entered into rest with her daughter at her bedside and was surrounded by family in her last days.

She was born October 30, 1947 in Moncks Corner, South Carolina.  She dedicated many years as a public school secretary and a private school teacher, but mostly as a devoted wife and mother.  Her love for God was very evident and because of this, we are comforted knowing that she has been welcomed into Heaven and is with God and many loved ones who preceded her.  She will be greatly missed by those who knew and loved her.

Family and friends are invited to gather in her memory at St. Stephen Episcopal Church, 196 Brick Church Cir., St. Stephen, SC 29479 on Saturday, June 4, 2022 at 11:00 am.  If so inclined, condolences can be made at the church for the gathering or by donation in her honor to any cancer charity of your choice.

A special thank you to the doctors and nurses of East Cooper Medical Center, Father Daniel Clarke, the nurses of Roper Hospice Cottage, Simplicity Lowcountry Cremation & Burial Services, Inc., and to St. Stephen Episcopal Church for their loving care and assistance in her final hours and memorial.