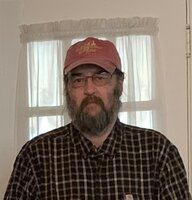 Brian Riley, of Bluffton, South Carolina, age 59, died on May 26, 2022.  Brian was the youngest son of Shirley and Heyward Riley.  Brian is survived by his wife, Sabrinna Cox; his brothers Jamie Riley and Shawn Riley; and his sisters Tracey Riley, Kelly (Charlie) Phillips and Erin (Kevin) Blocker. Animals were an important part of his life, he is survived by three cats, Gatsby, Abigail and Inigo Jones.

For nearly 40 years, he worked in theater in a variety of positions including lighting and set designer, production manager, technical director and master electrician.  Brian worked for years at Trustees Theater in South Carolina.  From 2000 to 2022, he worked at The Arts Center of Coastal Carolina where he collaborated with talented people. Some of his favorite productions included, West Side Story, Chicago, Ring of Fire, Cabaret, Pride and Prejudice and Kinky Boots to name a few.  During the course of his career he worked on over two-hundred productions.

Brian’s love of animals, the arts, sci-fi, travel and food as well as his sense of humor will be held sacred to the memory of those who loved him.