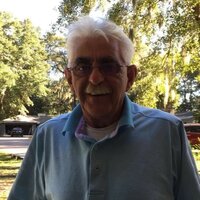 Andy was also the beloved grandfather of 20 grandchildren and 18 great grandchildren. He is also survived by his dearest sister Ida Einhaus (John) and brother Larry Anderson.

A celebration of life will be held in Marion, Virginia on September 10, 2022. Memorial donations may be made to Hospice Care of the Lowcountry, PO Box 3827 Bluffton, SC 29910.