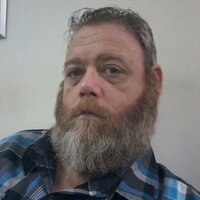 Dennis Leroy Bias was born to the late Lee and Patricia Bias, a jack of all trades, in Charleston, SC, August 20th,  1976.

Dennis was a kind-hearted, loving man. Dennis made a life with  surviving wife Kimberly Bias. Together they made anything possible for their children. Surviving children of Dennis Bias is Joanna Phillips, Kortney Bias, and Damien “Lucas” Bias of North Charleston, SC.

Dennis has a surviving sister Jennifer “Becky” Bias of Eutawville SC.  These two would have each other's back til the end, no matter what happened in life.

Dennis Bias will never be forgotten and will live within all of us each day. We love you Dennis.