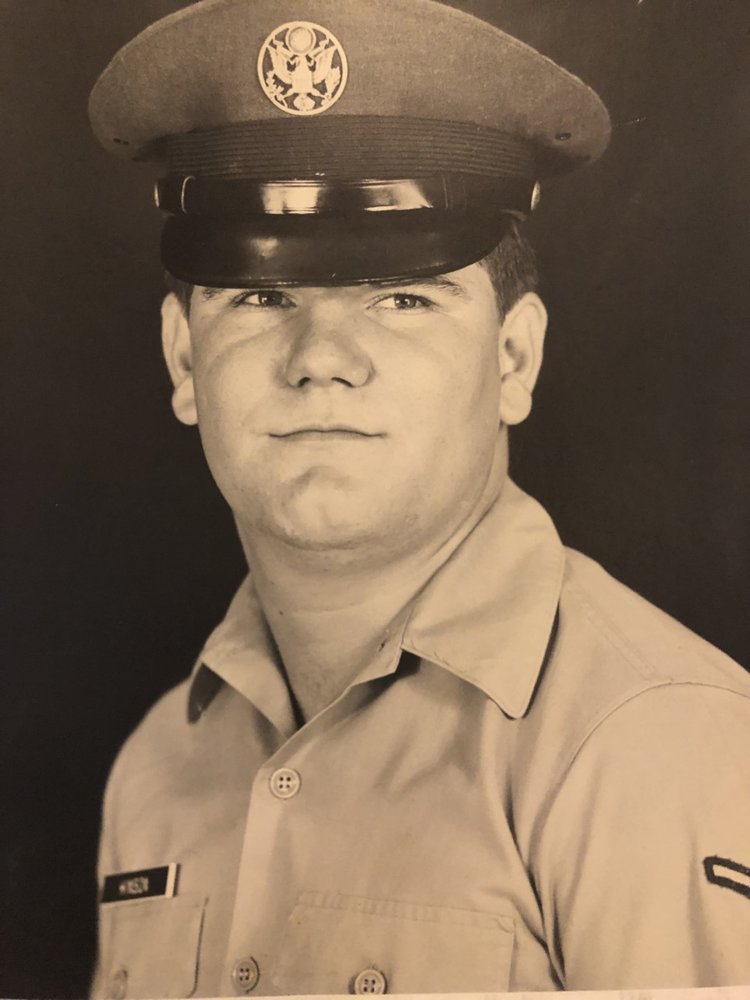 Born on April 15, 1948, Andy was the son of Raymond Lee Hinson (d) and Ollie May Johnson Quigly (d).  He was reared by Arthur Jack (d) and Dorothy Rhodes Blackwell (d).  He was the brother of Thomas Hinson (Bonnie), Carol Duncan (d) (Terry), Debbie Sauls (d) and Bonnie Grambling (Howard).

Andy will be remembered as a drummer, woodworker and all around handyman.  He fell in love with the person that became the “love of his life,” Sally (Stamper) Hinson, in the 10th grade and they married immediately after high school.  This love lasted for 53 years until “death do us part.”

As a young man, Andy graduated from Columbia High School where he played drums in the marching band.  He joined the Air Force and worked in air traffic control.  He had a love of music, though, and left the Air Force to play in a band.  He had a love of music that never left him.  He started playing in bars and ended playing in church.  During his time of playing in the band, he also worked as a wallpaper hanger and graduated from Midlands Technical College where he was certified as an electrician.  He enjoyed fishing and shrimping in the Lowcountry with his brother.  He gained a love for woodworking as a hobby and enjoyed making things for his family.  He was particularly fond of a wooden rocking horse made for his first granddaughter that has been well loved by all of his grandchildren.  Andy could cook anything his hands touched and was particularly known for his baking skills, especially with bread and cinnamon rolls.  He had a green thumb when it came to gardening and could sit outside and watch the vegetables grow for hours.  Andy had a great sense of humor, liked to laugh and play when he could.  Anytime anyone asked how he was doing, they would get the same reply, “I’m vertical and I’m blessed.”

Andy had a deep love for his family, including his Christian family.  He was a source of comfort during times of trouble and always had a listening ear to what was going on in his family’s lives.  He made friends easily with just about everyone he came in contact with.  During his visits to the VA Hospital, he would be greeted by people he had come to know and given best wishes for his health upon his discharge.  He was a Christian man and a member of North Star Community Church in Columbia.  His Bible has many pages of notes and highlights from his studies.

In consideration of the health of others, a memorial service will be held at a later date.

To plant a tree in memory of Andrew Hinson, please visit Tribute Store

Share Your Memory of
Andrew
Upload Your Memory View All Memories
Be the first to upload a memory!
Share A Memory
Plant a Tree