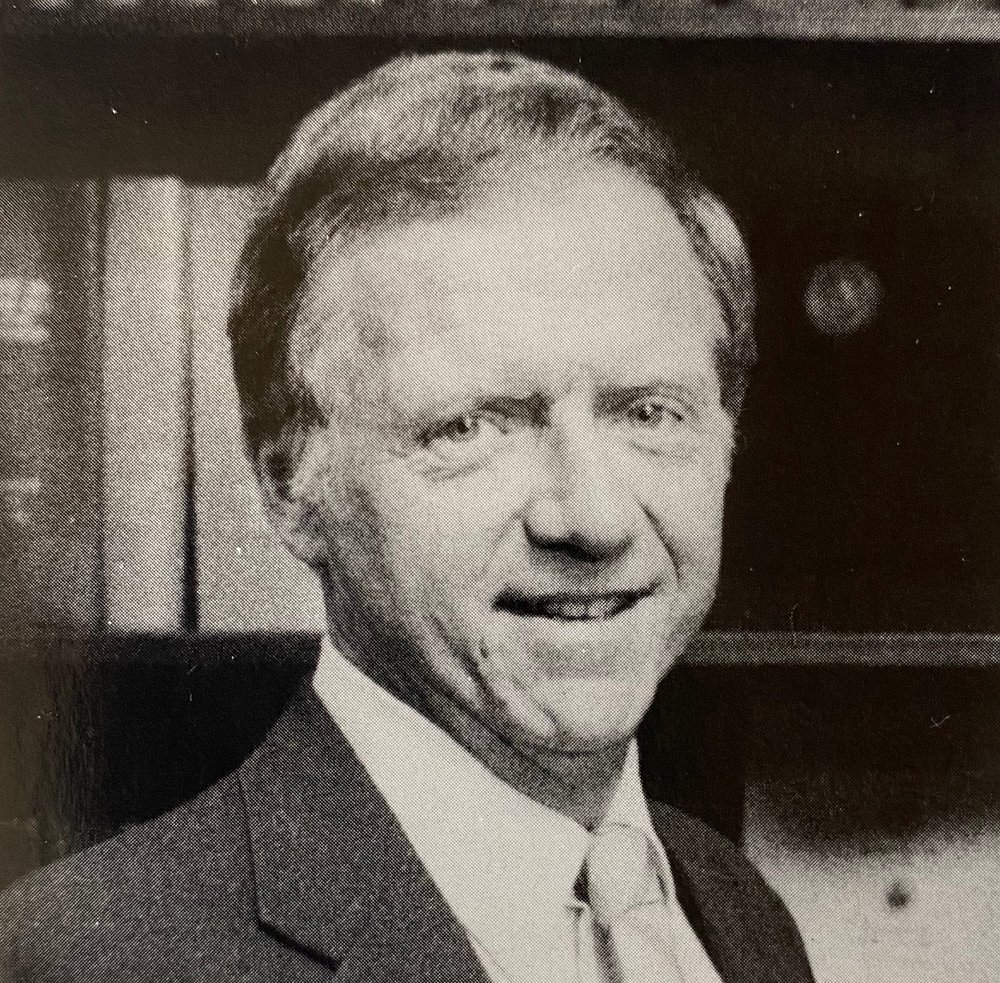 At Bill’s request, a funeral service will be held for family only. His ashes will be spread on the waters of Lake Huron at the family’s beloved cottage on Drummond Island.
Bill was born May 4, 1938, his father's 30th birthday, in Detroit, and grew up in Grosse Pointe. A 1956 graduate of Grosse Pointe High School, Bill graduated with honors from Princeton University in 1960, and University of Michigan Law School in 1963.

Bill practiced law in Detroit and soon developed an interest in politics. He successfully ran for a seat on the Wayne County Commission in 1968. Loving the challenge and complexity of work in a legislative body, he campaigned as a Republican and was elected to the Michigan House of Representatives where he represented the Grosse Pointes, Harper Woods and part of Detroit. In his distinguished legislative career, Rep. Bryant served in the Michigan Legislature for 26 years. His legislative duties included Republican leader, floor leader, Republican leader emeritus and chairman and co-chairman of the House Education Committee. Honors bestowed on Rep. Bryant included recognition as a
National Legislator of the Year by President Ronald Reagan and the National Republican Legislators Association.

Bill was an outstanding player of racquet sports, primarily badminton and squash. He won junior doubles and mixed doubles championships in badminton and was a member of Princeton’s winning NCAA squash team.

Bill retired from the Michigan Legislature in 1996. He and his wife, Lois, moved to Kiawah Island, S.C., where Bill volunteered in public school second-grade classes for several years and was known as “Mr. Bill.” He also served a term on the Kiawah Planning Commission and enjoyed painting and photography. Bill continued to play tennis and squash; he also added a couple rounds of golf to his weekly schedule. An avid shell collector,

Bill scoured the beaches with his ever-present golden retriever, C.J., or one of her sisters, Molly, Maggie or Cassy; Maddie recently came on board and accompanied him on short walks around the neighborhood.

Bill also authored two books of stories, poems and drawings, “Love is the Gift” and “Love is the Rule,” and a New Age politics book, “Quantum Politics.”

Bill is survived by his loving wife of 57 years, Lois Anne Rupp Bryant; children, Jennifer Bryant Hampton (Wade) of Richmond, Va., and Andrew David Bryant (Tammey) of Charlotte, N.C.; and grandchildren, Dylan Michael Bryant, Rowan William Bryant, Rileigh Irene Bryant, Peyton Anne Bryant, Sydney Jane Hampton and
Catherine Anne Hampton. He also is survived by his brother-in-law, David W. Rupp, four nieces and four nephews. He was predeceased by his brother, John Arthur Bryant III.
In this life, he loved deeply, shared generously, protected fiercely, and would do anything for the ones he loved.

He will be missed dearly and loved always by his devoted family.
Memorial gifts may be made to Heifer International at heifer.org .

To send flowers to the family or plant a tree in memory of William Bryant Jr., please visit Tribute Store
Print
Share A Memory
Send Flowers