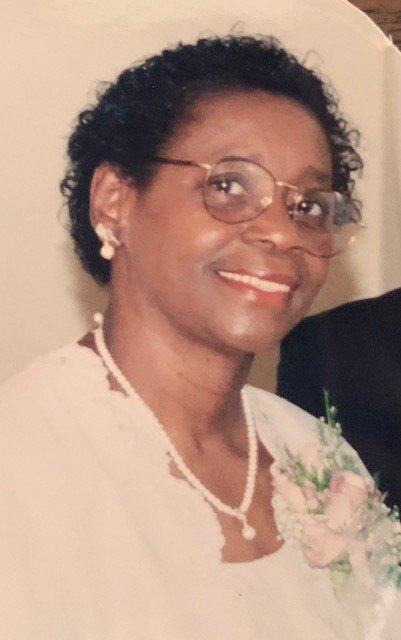 Madeline Bly Edwards peacefully departed this life on June 25, 2020 at Summerville Community Hospice House. Madeline was born on December 12, 1936 to the late James and Elizabeth Barren Muldrow in Richmond, Virginia. Madeline was the oldest of the couple’s three daughters; Elsie (Bailey) and Louise (Spain) came along shortly after.

Madeline accepted Christ at an early age at Cedar Street Memorial Baptist Church. She attended Richmond public schools and graduated from Maggie L. Walker High School in 1955. Following graduation, Madeline moved with her sisters to New York city where she would find the love of her life.

Madeline met and married Frank Edwards, Jr. and they became the parents of their only child Sheldon Bing Edwards, whom she loved with a passion.  She was subsequently blessed to become the grandmother of Nina Spruiel-Bly Edwards and (step-grandson) Keith Werts, Jr. Her daughter-in-law Danielle was loved as if she were their own.

Madeline traveled with her Airman husband and son nationally and internationally throughout his military service. She was a homemaker and later worked in the healthcare field as a nursing aide as well as on the Charleston Air Force Base as a salesperson in the Exchange for several years upon their return to South Carolina.

Madeline was later joined in South Carolina by her youngest sister Louise Spain and nephew Tyrone Muldrow. The sisters shared many memorable family gatherings and provided unconditional support for one another whenever needed.

Madeline was a proud member of Mount Moriah Missionary Baptist Church. She is fondly remembered for sharing wisdom imparted by her mother during her formative years and her humorous responses such as “I’m not complaining, I’m just explaining.” She touched many lives with her generosity and passion for life. Her hobbies included: shopping, baking and spending time with family and friends. Madeline enjoyed helping others and freely showed love and compassion to many in her lifetime.

To send flowers to the family or plant a tree in memory of Madeline Edwards, please visit Tribute Store
Print
Share A Memory
Send Flowers