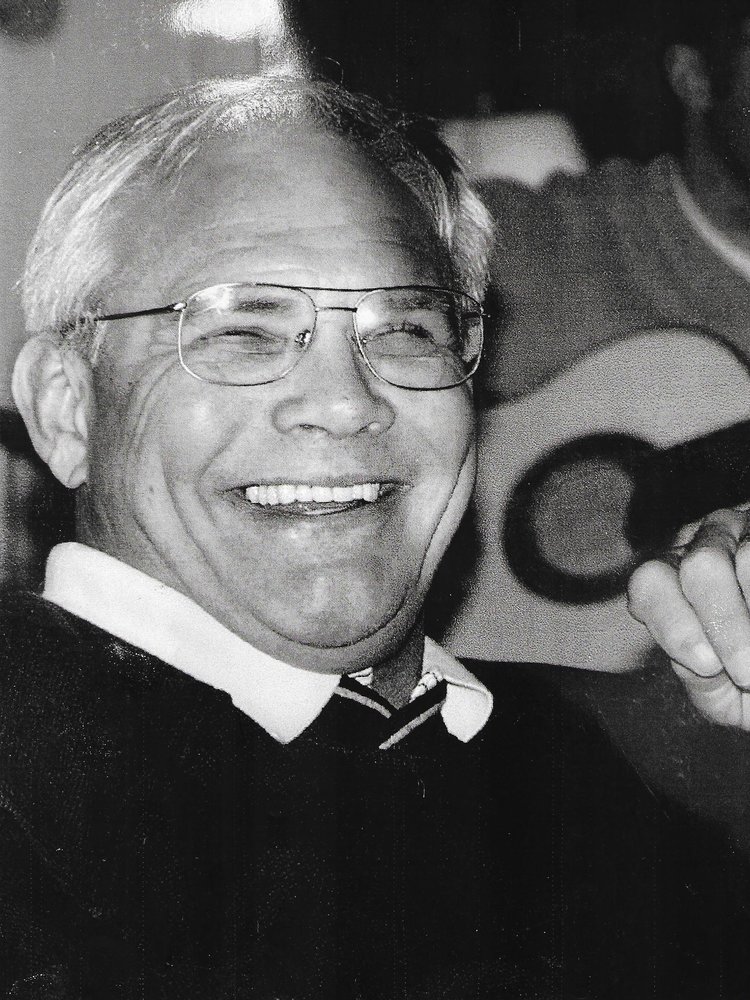 On October 6, 2020, Thomas Spencer passed away peacefully with "his girls" by his side. Tom is survived by his wife, Ann and their two daughters Megan (Lee Daley) and Kate (Jeff Burke) and their amazing grandchildren, Tom Spencer, Abigail, and Benjamin Daley plus Delaney, Brady and Stella Burke; sisters, Carol (Murphy Huston), Suzanne (Peter Corrao), and brother, Jim (Jane Alling). Additionally, his brother and sisters have blessed the extended family with extraordinary nieces and nephews as well as eight precious great nieces and nephews!

Tom, Carol, Jim and Suzy were blessed to be reared by Don and Betty Jean Spencer who valued hard work and self-sufficiency. In the summers, they moved fulltime to a cottage in Wisconsin where there were ample, sometimes massive, opportunities to engage in home improvement. All family members teamed up and took part on the DIY team. It was not a vacation unless there was a job to do. But if they worked hard, they  played hard too. All four children excelled at water skiing, often barefoot, and pyramid style around the lake for a great show. The exceptional work ethic developed from Don and Betty propelled the four children to great individual success.

Tom is remembered as a remarkably intelligent man and gifted athlete. In 1964, he graduated from Lyons Township High School in Lagrange, Illinois then continued his education at Hanover College in Indiana with a BA in English and master's points in bridge. Though being elected to leadership roles in several extra-curricular activities, during his school years, Tom's heart and talent lay on the football field. At Hanover, he earned several most valuable player and sportsmanship awards and team captain. Those awards remain in the college trophy case today. His wit, good cheer and receptiveness to everyone earned him many friends who remained close throughout his lifetime.

His most significant friendship turned into a lifetime of love and adventure. Tom and Ann Forbes met during their freshman year at Hanover College. They were inseparable friends until the friendship morphed into a love and marriage that lasted more than 52 years. Tom and Annie's great adventure came two years after they were married; they decided to head for Germany. There they tweaked their German fluency and traveled throughout the continent while working for Cars International and American Express. Tom took up mountain climbing; they both enjoyed downhill skiing.

In 1971, they welcomed Megan. Ten months later, after an extensive camping trip, they returned to the states. After their return stateside, Tom started working for Rheem Manufacturing. He trained in the Chicago Plant then, throughout his twenty-four years with the company, he and his family transferred several times. From Chicago, they moved to Indianapolis where he and Ann completed the family with the birth of Kate - in the same hospital where Tom was born.

Eventually, the Spencers landed in Atlanta. Although Tom and Ann continued their travel adventures, often for Rheem, their greatest fun and best adventure was church and family life. He and Ann served on several boards of the Roswell United Methodist Church, loved teaching Sunday School, and loved watching the girls become involved in youth group and choir. Tom coached park softball for Kate and taxied Megan to pre-dawn swim practice, then to school. He seldom missed either girls' games, swim meets or concerts. While in Atlanta, he shared his love for all music with "his girls". The family joined Broadway season ticket programs and the Atlanta Symphony series. Tom previewed and prompted the girls with soundtracks and scores weeks in advance while carpooling. It is a lifelong, dear memory of him.

Tom's final Rheem transfer to Montgomery headquarters led to his promotion as Vice President of Product Development. When the announcement was made, it was greeted with a standing ovation from his colleagues. Everyone in the room knew that Tom, while working up the ranks at Rheem, had courageously fought the ravaging effects of Type 1 diabetes, diagnosed when he was seventeen. At the time, no one knew that diabetes had already launched an attack on his vascular system resulting in progressive dementia and forcing him into disability retirement at age forty-eight. Tom and Ann moved to Hilton Head to be near her parents and to begin their retirement.  During the next twenty-five years, they made the most of their retirement traveling with friends; boating and fishing, and spending time with grandchildren. After a brief time back in Atlanta, they returned to South Carolina, this time to Sun City where Tom spent his last years quietly. He loved lunch with Hanover friends, friendly games of poker, gardening, and Ann's dinner parties as well as visits from friends and family.

Diabetes relentlessly attacked Tom's systems. After four eye surgeries, he lost vision in his left eye and barely escaped with his right eye. At fifty, he suffered a heart attack requiring a quadruple bypass. Later, when kidney failure was imminent, he and Megan as donor, went through the transplant surgeries. Neuropathy, pacemaker and an aortic valve replacement as well as several orthopedic surgeries interrupted his life as well. Tom's response to all was to bounce back with an "I'm just great!" His courage and his perseverance reigned over all else. Eventually, his body surrendered to diabetes. His passing was peaceful knowing that he been a remarkable husband for his beloved Annie; an amazing father to Megan and Katy, and a delightful presence in the lives of his grandchildren. Tom will forever be alive in the hearts of his family and dear friends.

The family suggests that memorial gifts be made to the following: Memory Matters, PO Box 22330, Hilton Head, SC, 29925, or Juvenile Diabetes Research Foundation,

The Spencer Family plans a celebration of Tom's life on March 27, 2021. Messages and more details are available by contacting the family at spencermemories1@gmail.com. We look forward to seeing tom's friends and family for a joyous celebration.