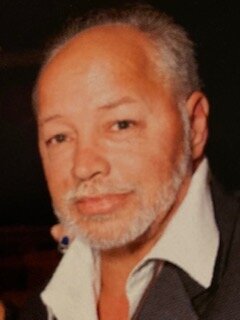 James "Edward" Polson, Sr., passed away on December 11, 2021, after a twelve-week battle with Stage 4 metastatic Lung Cancer. He was 59 years old. Edward was born on August 6, 1962, in Chesterfield, SC, to the late Catherine (Wilkerson) P. Davis and Bobby Polson. He was pre-deceased by his brother David Polson, best friends Tim Schmidt and Ronnie Minton.

Edward was married to Candace (McNulty) Polson on November 9, 1985, in Cheraw, SC. At the time of his passing, they were residents of Goose Creek, SC. He is survived by his Step-father, James Davis; his sons, Jamie (Stephanie), David (Kristen), and Justin Trapp (Marie); his grandchildren, Cayden (David), James (Jamie), and Dru Higgins (Justin).

Edward is also survived by his brothers, Johnny Davis, Tim (Denise) Davis, and Wayne Polson, and sister Kathy Ann (Kevin) Rummage. There are many nieces, nephews, cousins, Aunts, and Uncles whom he loved beyond measure on both his and his wife's sides of the family. The Parkers, Wards, and Lamberts of Georgetown, SC, and the Probst's, Mintons, Jenkins's, Ledda's, and J. Lawrence of Goose Creek, SC, were all life-long friends, and he loved them dearly and felt that they were his extended family.

Heaven has received another Angel, who was a loving husband, proud father, and proud grandfather. Before he retired, Edward loved to work with his hands and spent his career as an accomplished master carpenter. Throughout his life, he touched many people's hearts with his easy smile and his desire to bring a smile and a laugh to everyone he met. He also loved to "take care" of his neighbors, who became his surrogate family, by doing odd jobs around the house for them and helping them if they needed help. Edward loved metal detecting everywhere he went and creating things with wood and did so with the skill of a master craftsman and the passion of an artist; never using a blueprint or pattern, just the vision in his mind as to how it should be created.

The family asks that any donations be made in his name to the following charities that he was very passionate about their missions:

Memorial information will be posted on FaceBook by the family.

Thank you so much for being so attentive in this matter.

Wife of the deceased