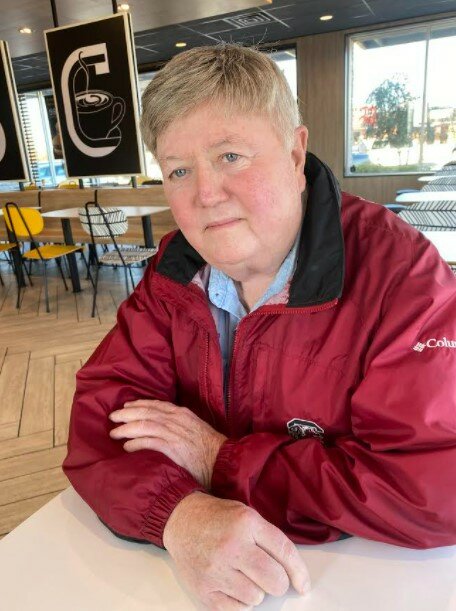 William (Billy) Harold Carraher, a proud veteran of the United States Air Force, passed away at his home surrounded by his family on December 20, 2021.  He retired from Civil Service working at Charleston Naval Shipyard and ending his career at Naval Submarine Base Kings Bay where he was a Machinist.

Billy was born May 10, 1950 the son of the late Harold and Vivian Carraher and grew up in Goose Creek. He is survived by his loving wife of 48 years Carolyn Carraher, a brother Mike Carraher, two sons Matthew (Latonia) Carraher and Jason (Jessica) Carraher.  He was also a loving PawPaw to his 5 grandchildren (Justin, Alexis, Avery, Cohen and Hollis) and a great-grandson (Kai) as well as numerous nieces and nephews.

Billy was a devoted and loving husband and father. He spent countless hours over the years as a Tee Ball Commissioner and Coach with the Ladson Youth Organization.  He loved his time spent at Tom Conley field with his sons and all the players.

He was a devout Christian.  Throughout his life, he attended Ridge Baptist Church, Deer Park Baptist Church and Kingsland Baptist where he was a member.  His favorite quote from the King James Bible which epitomized him was from 2 Timothy 4:7-8 “I have fought the good fight, I have finished the race, I have kept the faith.  Now there is in store for me the crown of righteousness, which the Lord, the righteous Judge, will award to me on that day – and not only to me, but also to all who have longed for his appearing.”

Share Your Memory of
William (Billy)
Upload Your Memory View All Memories
Be the first to upload a memory!
Share A Memory
Plant a Tree