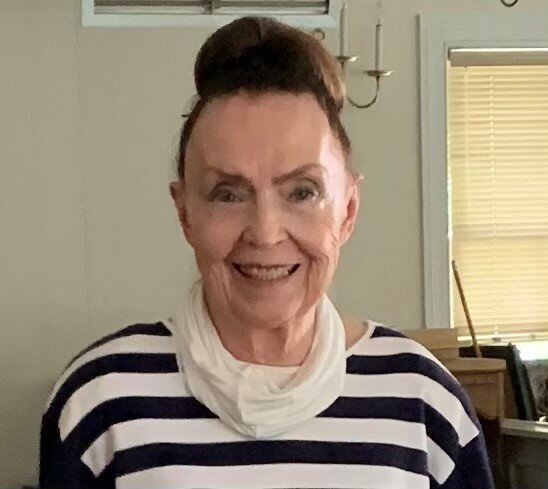 Ruth Ann Pendergast-Hansen, age 84, passed away on January 20, 2022, at home in Summerville, SC.  Ruth Ann was born in Hampton, Iowa on January 3, 1938, to Elvira and John Clark Patton. She married her first husband Charles V. Pendergast, who joined the Army and then Air Force. They had three children together Arlyn Todd, Belinda Sue and Craig Steven. Ruth and Charles traveled the world and US together, settling in Bellevue, NE.  There she worked as a Secretary at SAC Headquarters in the Civil Service at Offutt Air Force Base, retiring in 2001.  In 1977 she married her second husband Allen Hansen, and with him she started cruising the oceans.  She included her family in the love for cruising by bring her kids and grandkids on a cruise in 1998 for her 60th Birthday. After Allen’s death, she continued to bring the family on cruises as well as cruising on her own.  She moved to Summerville, SC in 2006, living with her oldest son Arlyn. Ruth was a member of Rhett Avenue Christian Church in North Charleston. Ruth’s love of her family had her hosting holiday dinners and during the Covid shutdown, hosting Sunday dinner.  After moving to Summerville, she started hosting Blood Drives for the American Red Cross. Her blood drives were some of the most successful in the state.

In lieu of flowers, pleas consider donating to your local food shelter or American Red Cross.

To plant a beautiful memorial tree in memory of Ruth Pendergast-Hansen, please visit our Tree Store