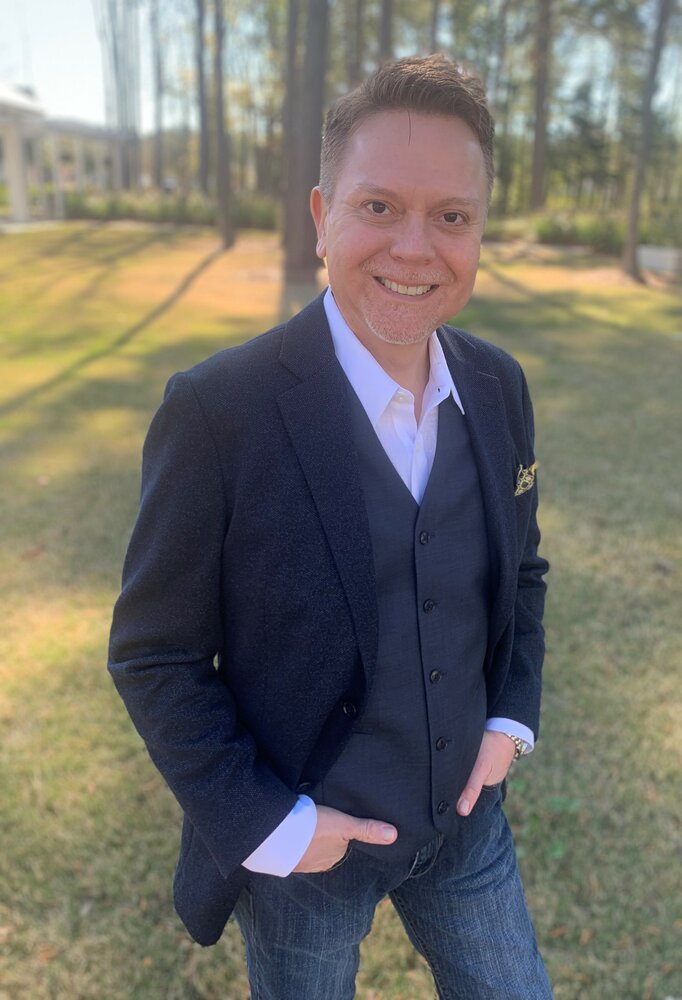 Michael Paul Zea, 52, husband of Serena Zea, entered into the arms of Jesus Christ his Savior on

Friday, January 7, 2022, with his wife by his side.  Although he suffered many months of pain, he maintained an unwavering faith, while being cared for by Serena, with the support of hospice care.

Michael, the son of Melida and Jose “Miguel” Zea, was born in Chicago, Illinois, on February 21, 1969.  He grew up in Chicago, but later moved to Sarasota, Florida, with his mom and sister, where he graduated from Riverview High School in 1987.  After marrying Serena in 1996, they spent their early years of marriage in Lynchburg, Virginia.  During that time, Michael earned a Bachelor of Science in Psychology at Liberty University.  Later, he completed a Master of Industrial Organizational Psychology at George Mason University.  To further his work for the Lord, Michael also achieved his Certificate of Ordination in 2015.  In 2017, they moved to Summers Corner in Summerville, South Carolina, where they made their home and developed lasting friendships.

Michael leaves behind his faithful, loving wife of 25 years, Serena, his father, Miguel and Tinker, their precious cat.  He was preceded in death by his mother, Melida, and sister, Elizabeth “Liza” Zea.  He was also blessed with an abundance of aunts, uncles, cousins, friends, and classmates he considered family, all whom he loved deeply.

Throughout his adult life, Michael spent time as a mentor, college professor, leadership consultant, entrepreneur, elder, deacon, and in prison ministry.  He enjoyed many hobbies, some of which included refinishing furniture, strength training and dancing.  Michael was a man of great character; he exuded strength, wisdom, selflessness, integrity, resiliency and a fearless approach to life due to his incredible faith in God.  Along with his charming personality, he had a love of laughter and joy, a gracious and hospitable spirit, a commitment to excellence, and a passion and zeal for Christ.

God endowed Michael with an inspirational, charismatic spirit and gave him an evangelistic passion for people.  He exemplified Christianity to many and fervently pursued the Lord with all his heart.  He led countless people to a relationship with Jesus through his love for sharing the gospel.  His legacy will continue to inspire anyone who was fortunate enough to know him.  He was like no other.  Those who knew Michael, were aware he lived out 2 Corinthians 13:12, “Greet one another with a holy kiss.” He demonstrated that by greeting everyone with a warm, loving embrace.

Michael left a video record of his cancer journey, which shared his trust in the Lord.  For those who would like to understand how he continued to lean on Jesus during his battle, you may watch the recordings by searching Michael Zea on YouTube.

The celebration of Michael’s life on earth will be held at The Church at LifePark, 1151 George Browder Boulevard, Mount Pleasant, SC.  The service will begin at 1:00 PM, Saturday, January 29, 2022.  There will be a reception to follow at the church.  In memoriam and in lieu of flowers, donations may be made at www.SportsOutreach.net.

The Zea family would like to thank their family, friends, neighbors, church, Serena’s work family at

Fox Rehabilitation and Crescent Hospice for their outpouring of love, prayers, support, care, meals and kindness shown during this past year.