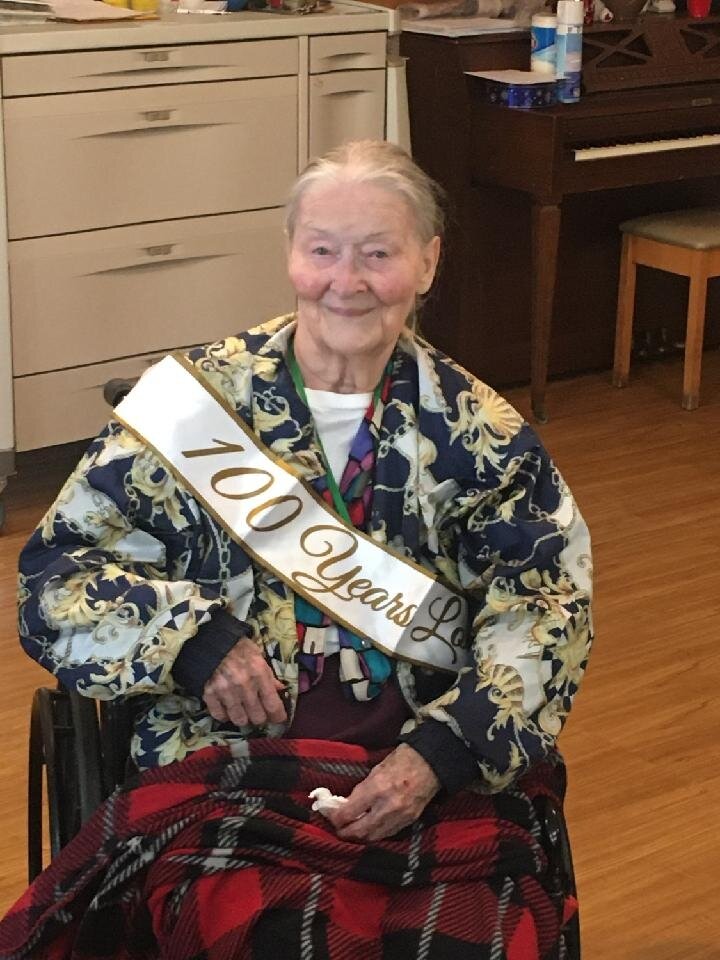 Laura M. Fralix Smith, born September 7, 1921 in Bamberg, South Carolina, passed away at the age of 100,quietly Monday, January 24, 2022, enjoying her morning cup of coffee among friends at Dayspring Assisted Living in Hollywood, SC.  She was the second child of 5 siblings and a member of Trinity United Methodist Church.

She moved to Charleston in 1942, where she worked at Woolworth's on King Street as a Counter Girl.  During WWII, she worked at the Charleston Naval Shipyard as a Messenger on roller skates.  She married her husband Arthur LeGrande Smith on December 24, 1944.  She became a homemaker and mother of her only child, Elwyn in 1945.

Visitation will be held Thursday, January 27, 2022 at 2:00pm at Simplicity Funeral Home in North Charleston with burial at Live Oak Memorial Gardens Cemetery on Highway 61 at 3:00pm.

In leiu of flowers, donations can be made to Trinity United Methodist church, 273 Meeting Street, Charleston, SC 29401.

To plant a beautiful memorial tree in memory of Laura Fralix-Smith, please visit our Tree Store