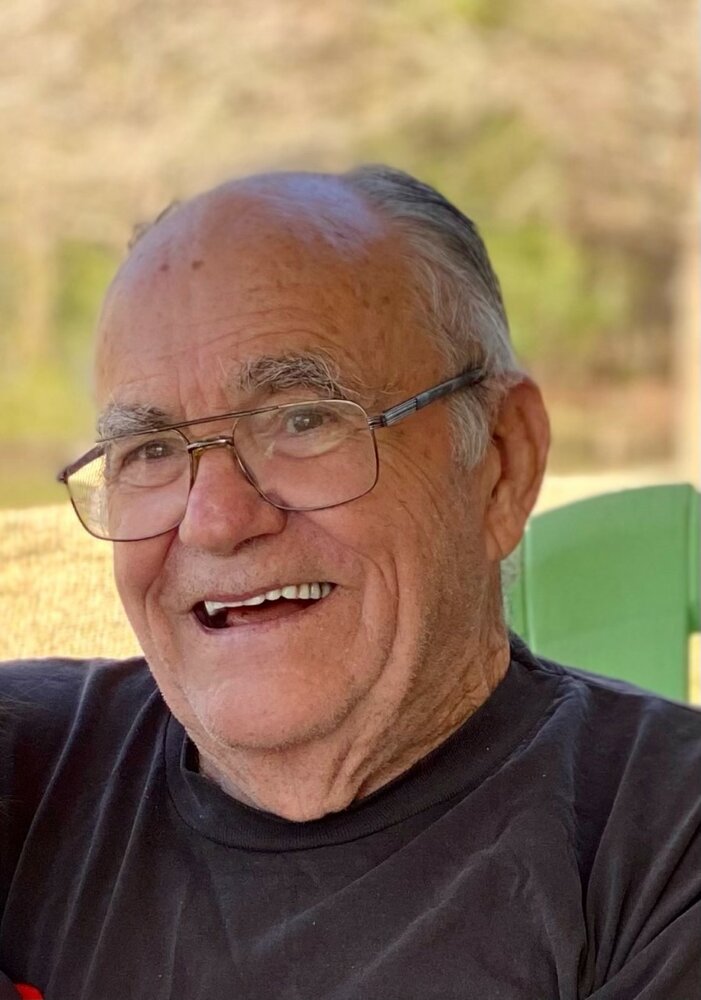 Calvin Clayton Pressly Jr “Papa”(88) went to be with the Lord on Thursday, January 27, 2022.  He passed away peacefully at his home with his wife by his side.

Calvin was born on August 12, 1933, in Due West, S.C to Calvin Clayton Pressly Sr and Ella Marie Hodges.  During the Korean War, he was called to serve his country and did so proudly in the United States Army.  Upon returning home, he fell in love and married Mary Mckee Pressly.   Calvin and Mary went on to raise three children together.  Calvin worked for and retired from Spartan Equipment Company in North Carolina as a manager.  Calvin eventually moved to New Smyrna Beach, Florida, where they spent many years.  Calvin enjoyed long walks on the beach every morning, sometimes picking up trash or looking for seashells.  Calvin spent time fishing, diving in the ocean, and doing many other outdoor activities.  Most importantly Calvin enjoyed spending his days on the beach with his children and grandchildren.  There are many pictures of Calvin playing in the water, building sandcastles and burying his grandchildren in the sand, or being buried himself.

After living in Florida, they bought a camper and lived along the New River in North Carolina.  Once again Calvin spent his mornings walking up a mountain to get his coffee from the local Hardees.

Calvin and Mary moved to their current home in Sun City, Bluffton, South Carolina.  Calvin enjoyed his time living in Sun City.  Calvin enjoyed spending time with his new friends and church family at Grace Coastal Church.  Calvin loved having visitors, especially his children and grandchildren.   Calvin spent time with them fishing and would tell them his funny stories or would take them to the community pool.  The best times for them were when Calvin would take them for rides on his golf cart.  There were many memories made and great conversations had.

Throughout his life and many moves, Calvin made great friends and many memories.  Calvin was known for his handy work and his ability to do or fix anything, with or without your permission.  Calvin could make anyone laugh and would start conversations with any stranger he saw. He could be heard coming from far away by his constant whistling or singing of goofy songs, some of which he just made up himself.  Most of all, Calvin was known for his love of God, his family and friends, and the love he had for his Country.  For this Calvin will be missed by many, having made a stamp on all of our hearts forever.

In addition to his parents, Calvin Pressly Sr. and Ella Hodges, he is preceded in death by his brothers Junior Beasley and Howard Beasley, and sister Eunice Ashely.

The family would like to thank his caretaker, Carrie who helped during his final days, and also his friends who visited.