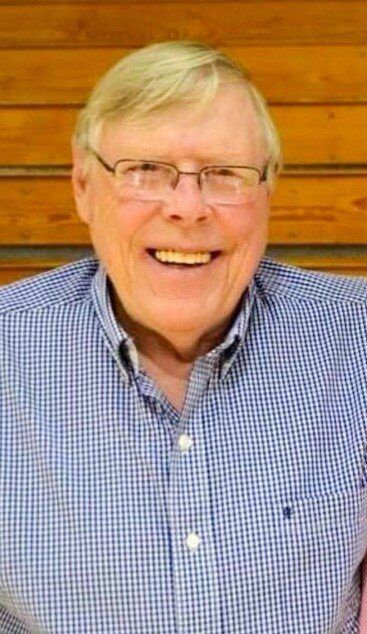 GILLGRIST, Robert (Bob), age 78, formerly of Harrisville, PA peacefully entered into the loving arms of Jesus, while surrounded by his family, Sunday, February 13, 2022. Bob was born January 30, 1944 in Grove City, PA. Bob attended Slippery Rock High School, where he starred as the Center for the championship Slippery Rock Rockets Basketball team of 1961. Bob attended Slippery Rock University where he played basketball and received a Bachelor’s Degree in Mathematics in 1965. Bob went on to have a long and successful career working in manufacturing management and engineering for Westinghouse Electric as well as owning his own business consulting company.

Bob’s life was characterized by a deep love for his wife, his family, and the Church. Bob asked Susan Lehman to the Junior Prom in the spring of 1960 as their first date. These high school sweethearts would marry in June of 1965 and begin an amazing branch of the Gillgrist family tree. In 1969, that branch would grow with the birth of their first son, Robert Dallas Gillgrist and would grow again in 1971 with the birth of their second son, Theodore James Gillgrist. Bob served as the spiritual leader of his family, with grace and determination. He also served as an elder in the Presbyterian (PCA) Church for 37 years with his final role in service as Elder Emeritus. Bob was also a proficient pianist and organist, playing for church for many years. The family home was always filled with the sounds of hymns, praise songs, and good old 50’s rock ‘n’ roll, emanating from his piano and Hammond B3 organ.

In all of his roles, as husband, father, and church elder, Bob was always known for an exceptional amount of integrity and wisdom. Additionally, Bob was characterized by so many of his friends and family as the most generous man they had ever known. Bob gravitated to people in need and never hesitated to help in any way he could. Bob used his 78 years on this earth to make the world a better place for the people he touched. He will be greatly missed by his family and friends.

There will be a Celebration of Life service on Thursday, February 17th at 6pm at Riverbluff Church (5421 Riverbluff Parkway, North Charleston, SC 29420). An opportunity for fellowship will be held immediately following the service at the church. If desired, friends may make memorial donations to Lutheran Hospice of Charleston.

To plant a beautiful memorial tree in memory of Robert Gillgrist, please visit our Tree Store