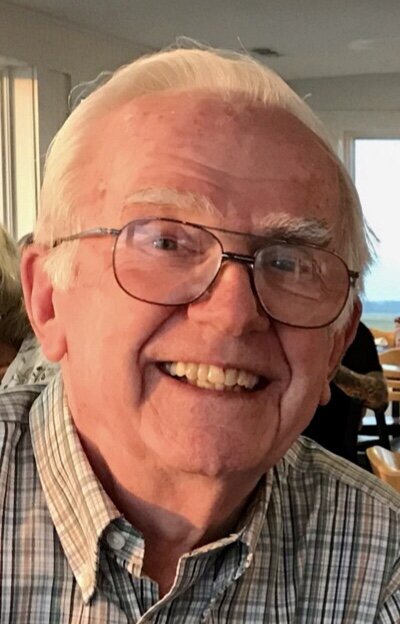 Bob was born on February 8, 1933 to Josephine and John Joseph Stag (Stogoski) in Jersey City, NJ. Raised in his beloved Baltimore, MD, he attended public schools then the Greenbrier Military School in Lewisburg, WV (1945-1950). At Greenbrier he played baseball and football and made special friendships (shout out to the marble champion, Charlie Mott). At the age of 16, destiny found Bob in Baltimore during a break from military school where he met the love of his life, Mary. After graduation he went on to study pre-dentistry at the UMD, College Park, and graduated from the UMD School of Dentistry in 1957. Bob served in the US Army and was stationed at Redstone Arsenal in Huntsville, AL 1958-1960.

On June 23, 1956 he married Mary Margaret Wiechert at St. Matthews Catholic Church in Baltimore and they welcomed, loved, and raised five children.

After his service in the Army, Bob and his growing family returned to Maryland and in 1960 and he opened his dental practice on the corner of Evergreen and Robinson Roads in Severna Park. The practice later moved to 815 Ritchie Highway until he retired in 1996. For 36 years he built a very successful practice and was well-respected by his staff and hundreds of patients. When not at work, Bob enjoyed playing golf, bridge and was an avid fan of the Baltimore Colts, Orioles, Ravens and the Terrapins. He and Mary were active members of Chartwell Golf and Country Club and St. John the Evangelist Church. Bob and his sons enjoyed trips out west to raft and camp the Green, Middle Fork Salmon, Yampa and Colorado Rivers with his adventurous brother, Richard.

In 1982 Bob and Mary fell in love with Fripp Island, SC, and bought their first vacation villa and after retirement Bob became a full time resident where he continued to play golf, travel, and welcome his family to vacation. Now he had the time for those marathon breakfasts and beautifully cut fresh fruit cups! Bob and Mary enjoyed traveling the world together. From St. Petersburg, Russia to the southernmost town in the world Ushuaia, Argentina. They toured The Holy Land, Alaska, Egypt, and much of Europe and South America. Bob loved spending time with family and every summer the Fripp house was filled with his children, grandchildren and great grandchildren enjoying one of their favorite vacation spots. He loved the holidays and each November Bob and Mary returned to Severna Park to host dinners on Thanksgiving and New Year’s eve. Special memories were made when grandchildren and great grandchildren spent the night on Christmas eve and had their patience tested the next morning waiting for grandad to wake up. He frequently reminisced about his childhood and military school friends, he told only one joke (Ed and Joe) and he had a passion for the history of WWII leading multiple family tours of the National Museum of the Mighty Eighth Air Force

Bob was predeceased by his father John, his Mom Audrey E Stag,(Showacre) and his son Thomas Andrew Stag.

A private memorial will be held at later date.