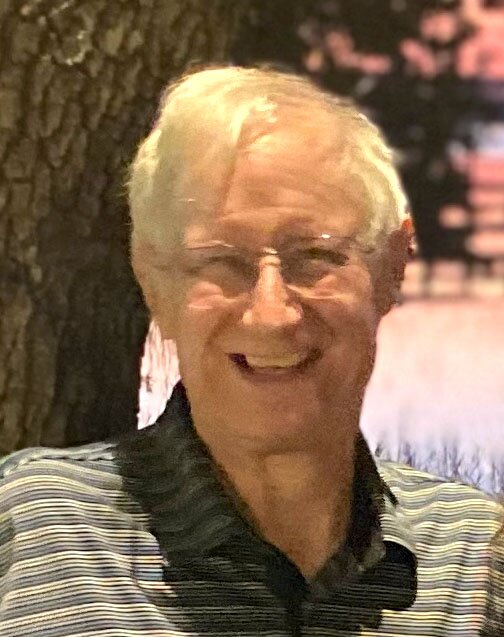 The day William Brelsford “Bill” Rentenbach entered this world foreshadowed his love of good stories and sci-fi with a Star Wars birthday of May 4, 1944. Born during WWII in the “secret city” of Oak Ridge, he arrived with a twinkle in his eye, a questioning, adventurous spirit and a heart for people.  The third child of LaReine Brelsford & Thomas Joseph Rentenbach, he, together with his siblings Mike, Reine, and Bob, referred to their home fondly and aptly as the “Clamor Manor.”

Tennis, swimming, basketball, water-skiing, handball, chess, travel, paper routes, tinkering, cards, computers, billiards—all were outlets for his enjoyment of competition, entrepreneurship, and community, yet his love of golf was lifelong and profound.

After some college, he enlisted as a Marine.  Afterwards, he received his degree in Civil Engineering from the University of Tennessee in 1973. His jobs included estimating, structural engineering and design, project managing, and marketing before launching his own engineering firm. He was active in Sertoma and the Knights of Columbus in Knoxville, where he spent most of his life.

He survived much: rheumatic fever, a tractor trailer falling from an overpass in a freak accident, brain surgery, and cardiac bypass. Each took their toll, yet none diminished his enjoyment of people, reading, and learning. He was an active grandfather, attending countless games and events. Leaning on his engineering past, he shared his passion for physics in teaching a challenging homeschool class. He passed on a love for stars, science, and deep discussions to his eldest daughter and her four sons.

He loved the Lowcountry and getting outside to walk when he could. A catastrophic head injury couldn’t completely extinguish that lifelong twinkle in his eye, yet he succumbed to those injuries on March 11, 2022 at the age of 77.

He was preceded in death by his daughter, Melissa C. Rentenbach and his parents, Reine and Tom. His heart, laughter, and cheer will be sorely missed by his daughter and son-in-law Angie and Todd Hutchins; his four grandsons, Jacob, Ty, Mark, and Liam Hutchins; and his siblings, their spouses, extended family, and friends.

Bill will be honored in a celebration-of-life service on March 18, 2022 at 2:30pm at Christian Renewal Church on Hilton Head Island. The force was strong with this one and he fully received the BEST news near the end of his life, via Romans 8. We honor this hope in verses 1 and 2: Therefore, there is now no condemnation for those who are in Christ Jesus, because through Christ Jesus the law of the Spirit who gives life has set you free from the law of sin and death.

Share Your Memory of
William
Upload Your Memory View All Memories
Be the first to upload a memory!
Share A Memory