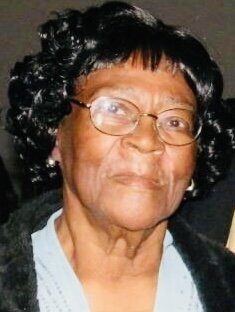 Bernice Gordon, daughter of the late Leonard Green and Polly Green was born August 8, 1938 in Kingstree SC. She attended Clarendon County Public Schools. At an early age she professed her faith in Jesus Christ. A servant of God, she led many to the Lord. Mother Gordon was a faithful member of Life Changers International Ministries under the leadership of her son Pastor Otis Gordon.

Mother Gordon was a dedicated cook for Meeting Street Piggly Wiggly and the former Dukes Barbecue West Ashley. She enjoyed cooking, and the doors of her home was always open to everyone to come have a good meal and a safe place to lay their head. To know Mother Gordon is to know she loved the Lord, Mr. Otis, her sons, her grandchildren, family, singing and fishing! On any given day you could find her by the shore casting out her line for a catch. Mother Bernice Gordon, quietly departed this life Saturday March 19, 2022 at home in North Charleston, SC. She was preceded in death by her son Allen Gordon Sr., grandson Shamir Gordon, her two sisters Inell Green, Ida May Braggs, and a brother Henry Green.

Mother Gordon’s beautiful life and memories will forever be cherished in the lives of her devoted spouse of 54 yrs. Otis Ware, her brother Joseph Keels, her sons Alvin Gordon Sr., Anthony Gordon (Jackie), and Otis Gordon (Olga). a loving nephew Leonard Green (Latisha) and two nieces Mother considered as her daughters, Diane Davis and Fernesha Carter (James); her grandchildren Tysheka Prioleau, Allen Gordon Jr., Alvin Gordon Jr., Angela Washington, Davonte’ Simmons (Danyelle), Solomon Gordon and honorary grandson Antavis (Pumpkin) Fagun; her dear cousins Alice May Burgess and Ethel Lee Stranton. A host of great grandchildren and many others who looked up to her as a mother from Liberty Hill to Remount Road and Bonds Avenue. She will be greatly missed by her family, her church family, and friends.

To plant a beautiful memorial tree in memory of Bernice Gordon, please visit our Tree Store