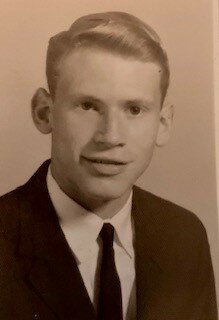 It is with great sadness that the family of Donald W. Fuller, Jr. announce his sudden passing on Sunday, March 6, 2022 at the age of 72.

Don was born in Laurens, SC, the son of Donald Watson Fuller, Sr. and the late Gladys Roselyn Fuller.

Some of Don’s most cherished memories were of his days at The Citadel and time spent in Charleston SC. It was the beginning of a love of the military that led him to a life of serving his country.

Don rose to the rank of Major, as an Armor Officer in the US Army. He received multiple commendations during his military career. After 20 proud years of service, Don retired from the US Army. (1995) Don continued serving his country working with the US Army as a Civil Service employee in Georgia. He retired from Civil Service after 20 years to North Myrtle Beach, SC. (2015)

May the four winds blow you safely home. Garcia/Hunter

Share Your Memory of
Donald
Upload Your Memory View All Memories
Be the first to upload a memory!
Share A Memory
Plant a Tree