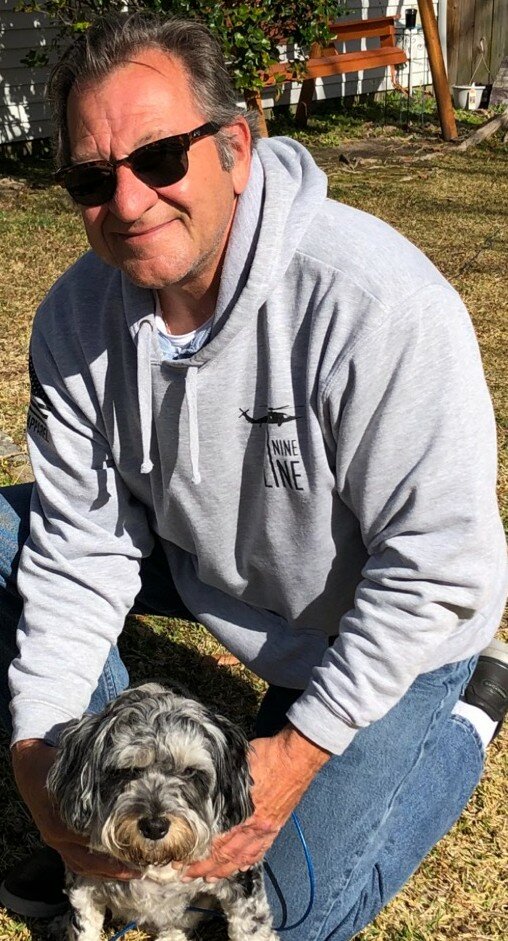 Curtis Wayne Fitzgerald, 64, passed away due to natural causes on Friday, March 25, 2022, at his home, proudly referred to as The Fitzgerald Ranch in Goose Creek, South Carolina.

Born in Oklahoma in 1957, with the song of the south in his heart, he spent much of his lifetime here in the lowcountry of Charleston South Carolina. He loved to cook, and shared much of his love through the act of cooking and feeding people with unforgettably delicious food. A man of great faith, he lived and loved according to God's words - he was always available to offer encouragement and guidance to anyone seeking it - often a beacon of light in a rough storm. His passions and interests were immeasurable but music fueled his soul - from Pink Floyd to Leonard Cohen, he heard music in everything and had a song reference for anything you'd mention.

There are just no words in the written language able to describe the complexity of whom Curtis was as an individual, and the impact he had on those that were blessed enough to be graced by the force of his presence.

Curtis is survived by his loving wife, Betty Fitzgerald, his only son Curtis Wayne Fitzgerald II and his wife, Mekayla C.Fitzgerald; his precious doggie, Gracee Hope; his mother and step-father, Ada and Paul Waller; his youngest brother Fred Fitzgerald; and his loving step children, Ronnell & Steve Nader, Christine Watring, Trey and Samantha Patton and Bobby Patton. He is preceded in death by his father; George Wagner Fitzgerald, and his brothers and sisters, Bruce, Randall, Barbara Ann, and Terry Lynn.

To plant a beautiful memorial tree in memory of Curtis Fitzgerald , please visit our Tree Store

Share Your Memory of
Curtis
Upload Your Memory View All Memories
Be the first to upload a memory!
Share A Memory
Plant a Tree