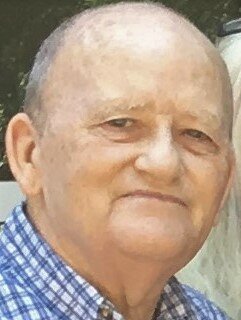 John was born in Sulphur, Louisiana on November 03, 1941 to Paul and Nell Foreman. He graduated from Lafayette Senior High School in 1959. He joined the United States Navy in 1959 as a radarman until his honorable discharge in 1967. In 1966 he met Jean Crosby Henderson while stationed in Charleston and they were married on February 16,1967. They then moved to Lafayette, LA and lived with his parents while he attended trade school to become a welder. He was a welder throughout his career. He lived and worked in Beaumont Texas, Vidor Texas and ultimately settled in North Charleston where he finished his career at Detyen Shipyards at age 67. He and Jean were married for over 53 years and much of his time after retirement was spent at her side during her stay at Life Care Center because of health reasons until her death on November 21,2019.

John loved history and criminal justice. He was an avid reader and loved to tell you about what he had learned. He was an active member of Wando Woods Baptist Church and loved being a part of the congregation.

He is survived by his sons with there wife’s, Tommy and Karen Henderson of Goose Creek and Rick and Sara Foreman of West Ashley. His grandchildren, Tommy’s kids Jesse and Madison and Rick’s kid’s, Emily Grace, Caroline Elizabeth, Lily Katherine, Noah Ray, Gabriel Alexander, Lorynn Nicole, Harper James, Elliot Dean, and Lucas Crosby. His brother and his wife Charles and Martha Foreman of Breaux Bridge, LA., their kids Jason, and Heidi. John’s adopted son and daughter Jody and Cindy Thomas, their children Rebekah Mayo and her husband Nathan, Rachel Guerra and her husband Brad, and Kyle Thomas.

John is predeceased by his wife Jean, his father and mother Paul and Nell Foreman, and his brother Paul Ray Foreman.

The family would like to thank everyone at CARIS Healthcare who provided Dad with hospice services during his nursing care stay. A special thanks to Rebekah Ditmer and Sarah Crowder from CARIS, although it was a short time, they were always there for him.

To plant a beautiful memorial tree in memory of John Foreman , please visit our Tree Store

Share Your Memory of
John
Upload Your Memory View All Memories
Be the first to upload a memory!
Share A Memory
Plant a Tree