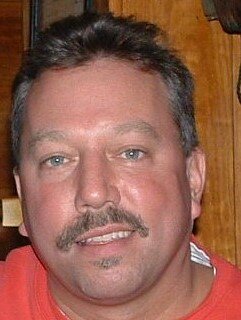 During the early morning hours of April 28, 2022, the illness and addiction that had stolen Adam Richard Mooney’s sparkle took his life. His friends and family will remember him for the handsome, funny, caring, sensitive, loyal, sunny beacon of light that he was. Adam was born July 20th, 1964, in Orange, New Jersey, and remained in New Jersey for his entire childhood. He spent the first 10 years in White Meadow Lake. In 1974, his family relocated to West Orange, where Adam attended Our Lady of Lourdes Catholic School. In 1982, he earned his diploma and graduated from West Orange Mountain High School.

Adam worshipped his beloved New York Rangers and NY Yankees but despised the Boston Red Sox and NJ Devils and made damn sure we all knew it! He cherished his sunny days and fond memories of the Seaside Heights boardwalk and amusements and knew all the songs they played at deafening levels on the Swiss Bob and Himalaya. He loved classic rock music from the 70’s, heavy metal from the 70’s & 80’s and was a fanatical movie buff. Most of all, he loved and was a fiercely loyal defender of his family and dear friends.

Adam is survived by his brother, Scott Mooney (Kathy Zara) of Denver, CO; sister Denise Zawacky (John), of Warwick, NY; sister Donna McDonnell (John), of Telford, TN; sister Debbie Macaluso (Salvatore), of Hilton Head Island, SC; and niece, Juliana Macaluso, of Clifton, NJ. He was preceded in death by his parents, Robert William Mooney and Barbara Ann (Lorenzo) Mooney, formerly of West Orange, NJ and last of Hilton Head Island, SC and best canine friend, Franklin. Our broken hearts will forever feel the loss and emptiness of his absence but remain comforted in the knowledge that he is now resting comfortably in the loving arms of Almighty God.

A memorial mass to honor Adam’s life will commence on Wednesday, May 18th, at 11:00 a.m., at Our Lady of Lourdes Catholic Church, located at 1 Eagle Rock Avenue, West Orange, NJ. In lieu of flowers, please consider making a charitable donation in Adam’s name to: “You Are Not Alone” – the YANA Club of Hilton Head Island.

Share Your Memory of
Adam
Upload Your Memory View All Memories
Be the first to upload a memory!
Share A Memory