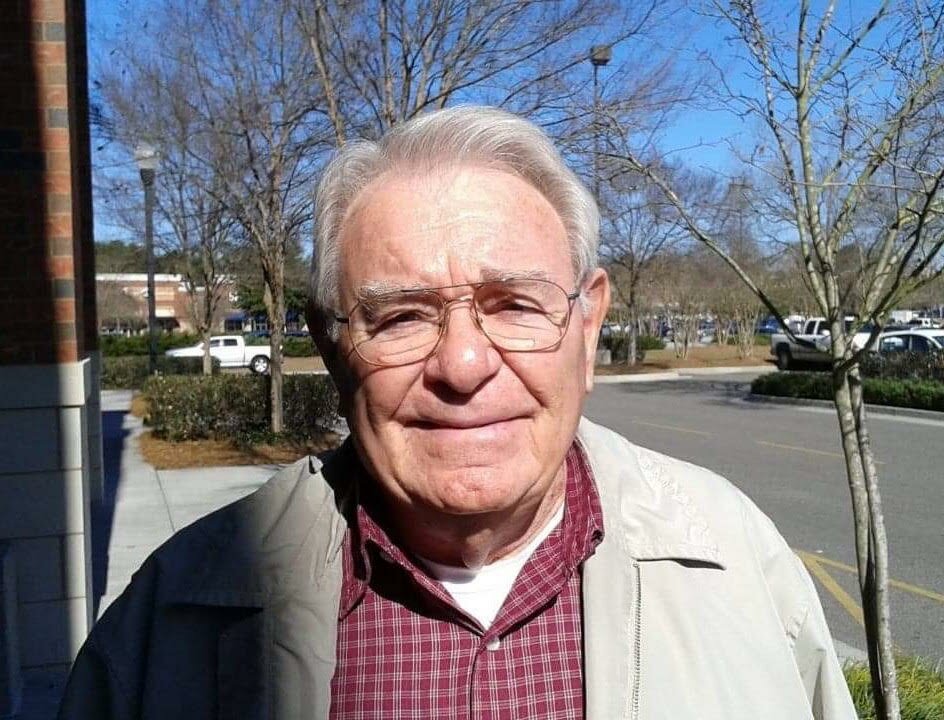 Jess Edward Hohnhorst of Summerville, SC passed at home surrounded by family on Wednesday, June 29, 2022. Jess was born January 9, 1937 in Dayton, Ohio to Woody & Maxine Hohnhorst. He is predeceased by his parents, wife Patricia Booth Hohnhorst, and son-in-law Michael Lindamood.

Jess left high school after the 10th grade, but never stopped learning. He was a big proponent of education and spoke of its importance as often as he could to his children, grandchildren and great grandchildren. Jess spent many years in one class or another, some related to his line of work as a radio microwave technician or interior design and computer classes for fun.

Jess enlisted in the Navy in February 1954 at the tender age of 17, never needing to shave but quickly learned it was a daily requirement – facial hair or no facial hair. While stationed in Charleston, SC he met Patricia “Pat” Booth at a church function at Trinity United Methodist Church. His shipmates told him that was the place to meet nice girls.

Jess and Pat were married on May 30, 1957 in Charleston, SC. When Jess’s military commitment was complete, they stayed in Charleston for a short time, Jess working for Sykes Radio. They moved back to his home town in Dayton, OH where daughters June and Amy were born. Jess worked for Dayton Power & Light for many years, before moving to Baton Rouge, LA to work for and finally retire from Cajun Electric.

Retirement brought a whole new chapter in Jess’s life. Never having much leisure time for himself, he finally learned how to play golf. Jess was always working on perfecting his swing, and for several years had weekly golf outings with friends. Jess and Pat spent much of their time traveling, visiting with friends and family across the country. Their last trip was a cross country road trip from the East coast all the way to the West Coast, stopping along the way at various roadside attractions, such as Wall Drugs, Yellowstone’s Old Faithful, the Space Needle, the Redwood Forest, and the Grand Canyon. They loved to travel.

After almost 30 years in Baton Rouge, Jess & Pat moved to Summerville, SC to be near their daughters. Family was always a priority for them. They spent a few years enjoying time with their girls and their families before Pat passed away in January 2007. They were 4 months shy of their 50th wedding anniversary. By this time Jess had many friends and was active in church. He was never one to sit still for long. He often said he was busier in retirement than he was during his career. He volunteered with the Mended Hearts organization for many years in both Baton Rouge, and Summerville. He knew how to ease patients and their families minds as they were facing heart surgery, as he had been there several times himself. Jess volunteered at Trident Hospital driving the golf cart picking up visitors in the parking lot. Jess never met a stranger and really enjoyed talking and joking with anyone he crossed paths with.

Two years ago Jess met Mertice, but not by chance. June, Jess’s daughter and Connie, Mertice’s daughter have been friends for years and thought they would make a cute couple. Jess and Mertice hit it off and have shared many laughs, a love for road trips and lots of love. Their last trip was to Mertice’s

cabin in Vermont, where they spent a few months enjoying the beautiful fall colors. Anyone that saw them together, knew they shared a deep love for one another.

Jess was a loving, caring and generous father and friend. All that knew him loved him.

A Celebration of Life will be held Sunday, July 10, 2022 at Oakbrook Community Church on Old Trolley Rd. in Summerville, SC  at 2 pm. I lieu of flowers, the family asks that donations be made to the church.

To plant a beautiful memorial tree in memory of Jess Hohnhorst, please visit our Tree Store

Share Your Memory of
Jess
Upload Your Memory View All Memories
Be the first to upload a memory!
Share A Memory
Plant a Tree