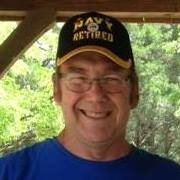 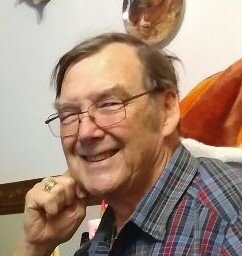 Terry Wayne Reid passed away Sunday, July 3, 2022, at his home with his family.

He was born in Texarkana, Texas October 20, 1950.  He is the son of Ardell and Mildred Reid and

The grandson of H.B. and Mary Cutchall and Jack and Bernice Reid.  He is the brother of Janice Reid Donahoue .

Terry was a Boy Scout. He missed his eagle badge because he helped his grandfather on his bee ranch in

the summer.  Baptized in April 1973. He was a member of the Northwest Missionary Baptist Church in

Chesapeake, Virginia. He talked to people about his Lord every chance he had.  He married his high

Terry was a dedicated husband and father.  He asked for duty stations that kept his family in the Charleston area. He retired from the Navy March 31, 1991.  He was nuclear powerplant operator on submarines in the Navy. A calibration tech in retirement. His workplaces included: MI-TECH, Longview Inspection Calibration Lab, Force Protection, and AppMett.    The staff at AppMett were like a second family to him.

He loved hunting and fishing, camping, and working with his hands. He was a member of the Circle S Hunting Club. He loved to donated venison to the local hunger program.

When he was diagnosed with Renal Cancer in 2016, he put himself in God’s hands—and there he stayed.

Everyone was amazed at his attitude and his positive optimism. He never met a stranger and believed in helping everyone.  He was truly an inspiration.

Terry is survived by wife of 52 years Elizabeth Daniels Reid.

all of Ladson, Soutn Carolina

To plant a beautiful memorial tree in memory of Terry Reid, please visit our Tree Store

Share Your Memory of
Terry
Upload Your Memory View All Memories
Be the first to upload a memory!
Share A Memory
Plant a Tree