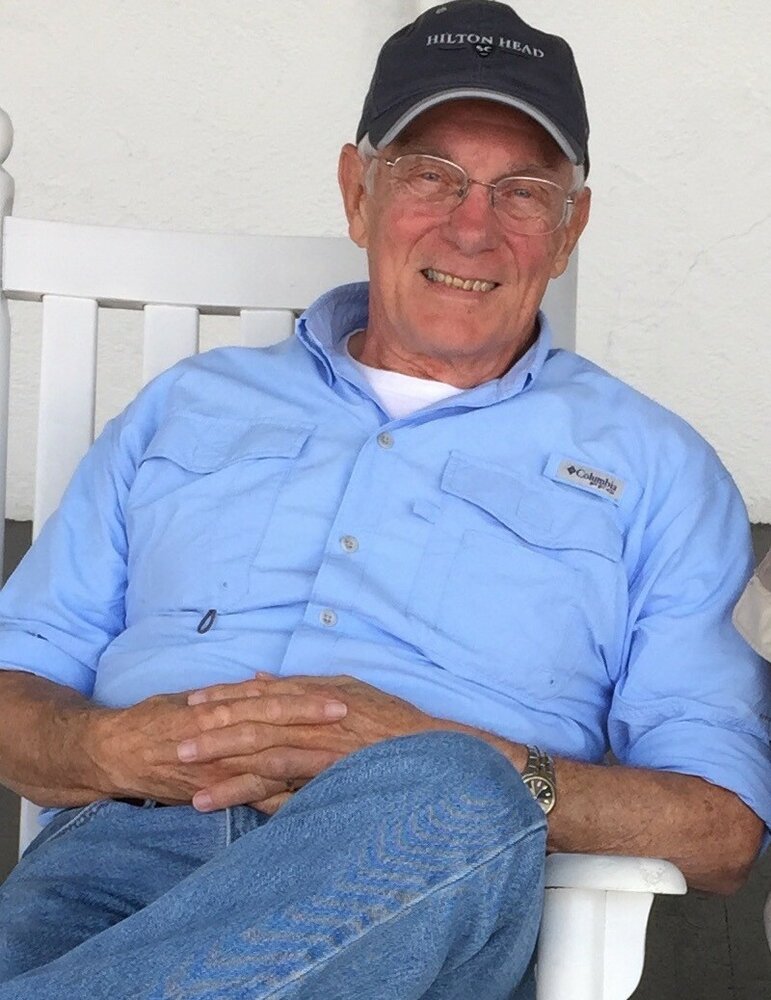 David “Dave” R. Merrick of Bluffton, SC, and formerly Amherst, NH, passed away on June 3, 2022, after a courageous battle with cancer. He was 83 years old.

Born on February 24, 1939, Dave was the son of Margaret S. Merrick and Merton F. Merrick of Maynard, MA.

After graduating from Waltham Vocational High School, he attended East Coast Aero Tech and then served in the Army as an aircraft mechanic.

While raising his family, Dave worked for IBM, Digital, Honeywell, and Wang, as well as Okidata and NEC where he was a product manager who brought dot matrix and laser printers to market.

Later in life, when most people his age were gearing down for retirement, Dave bravely re-invented himself and became an entrepreneur. In 1996, he founded BIGraphic Inc, a large-format digital printing business in Nashua, NH. He proudly ran the company with a small and loyal staff for nearly 18 years. Dave sold the business in 2014 and retired at the age of 75.

He met his wife, Elise, while launching BIGraphics. They were together for 25 years and shared a love for boating and travel, especially European river cruises where they made many friends.

During retirement, Dave enjoyed cycling and serving as a small business mentor with SCORE.

He is survived by his wife, Elise Merrick of Milford, NH; daughter and son-in-law, Amy and Chris Spencer of Boynton Beach, FL; and stepchildren, Debra Villeneuve and her partner, Philip Barnard, of Houston, TX; Tammy New of Burlington, VT; Beth Cole and her husband, Bill, of Nashua, NH; and Bill Horst of San Francisco, CA.

Dave will be remembered for:

Buying an airplane instead of his first car as a young man and flying the single-engine Aeronca Chief from a gassy airstrip in Maynard, MA.

Raising Debra and Tammy as his own children.

Putting his family first and ensuring they always felt loved and supported.

Instilling his children with a sense of adventure with frequent road trips to discover new places, often with a picnic cooler full of “Dagwood” sandwiches in tow.

Entangling his grandchildren in the “Poppy Trap” and letting them ride his back like a horse.

Serving as a volunteer firefighter in Maynard, MA

Being a great conversationalist and making fast friends

Practicing tough love with a sometimes-gruff exterior, but loving heart

His love for dessert, especially apple pie and chocolate cake with chocolate frosting, as well as butter pecan and coffee ice cream

Being resourceful and self-reliant – doing his own car repairs, growing a garden, building furniture and a treehouse, and even inventing a hydraulic wood splitter with his good friend David Ramsden

And, yes, his lack of patience

At David’s request, no service will be held. Instead, he asked that friends and loved ones raise a glass and share their favorite memories of him with one another.

The family would like to give special thanks to the staff at the Lewis Cancer & Research Pavilion and Coastal Carolina Hospital for their care and compassion. With their support, he fought the good fight and left this world with dignity.

Share Your Memory of
David
Upload Your Memory View All Memories
Be the first to upload a memory!
Share A Memory