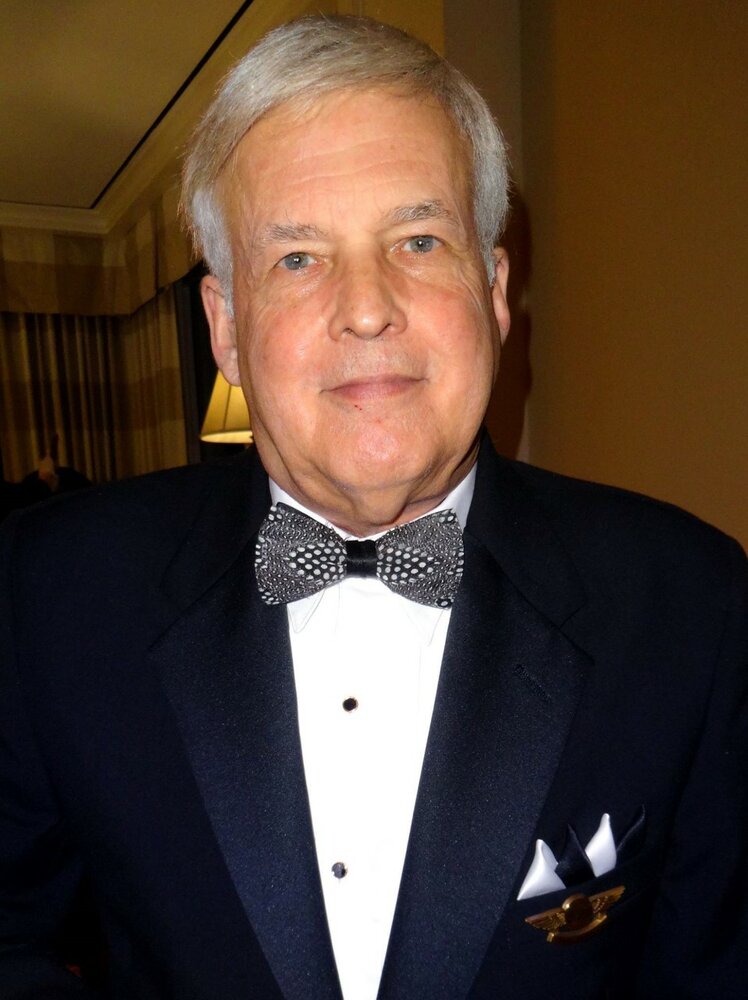 Peter Barnard Waters, 77, passed away peacefully, July 11, 2022, in the company of friends, under the care of hospice, in Mt. Pleasant, SC, after two years of serious illness. He is survived by his wife, Carolyn, whom he says took great care of him until the very end.

He was born August 3, 1944, in Fort Benning, GA, to Lt. George Bausch Waters and Shirley Barnard Waters, both of Rome, NY. They lived in Salzburg, Austria, during the post WWII occupation, returning to Rome in 1947.

After graduating from Stowe Preparatory School, Stowe, VT, Peter studied photography at Rochester Institute of Technology. He volunteered for the Air Force and was assigned to Andrews Air Force Base, Washington, D.C., photographing VIP visitors and presidents.

Waters volunteered for duty in Vietnam in 1965, returning to Washington to work for CBS affiliate WTOP News with Sam Donaldson as a print and film photographer.

Following his Air Force duty, Peter returned to Rome to work as a photographer and advertising representative for the family-owned daily newspaper, the Rome (NY) Sentinel. During that time, he married Barbara Brown, a marriage of five years.

In 1972, Peter opened “Gallery ’72” specializing in personally designed and crafted fine jewelry and metal sculpture. Many of his works appeared in local banks, restaurants, and the Rome Family Y.

He later worked as a bartender for Joel’s Steakhouse in Verona where he met his second wife, Irene Addie Eggen, in 1979. The couple and their pets moved to Long Island to start a Church’s Chicken franchise. After that they started a chocolate company, “Hearts and Flowers,” that he ran for 39 years. Irene died July 16, 2001.

Peter met his current wife, Carolyn Mates, whom he called “a delight” on Match.com. They were married, June 21, 2003, living in Mt. Pleasant, SC, outside Charleston, where he started a second chocolate and specialty company. He had a love of animals and their wellbeing, and was an active supporter of the Charleston Animal Society, serving as a member of the board and as Secretary of the Executive Board for many years.

In May, 2020, fungal pneumonia killed 60 percent of his lungs, requiring him to spend the rest of his life housebound, tethered to an oxygen generator, and, as he said, never getting to fulfill the rest of his destiny. With no regrets, he said he had, “one hell of an exciting life.” He looked forward to seeing his favorite dog, Max, come running toward him “on the other side.”

Besides his wife and her children, Scott Thomasson, Eric Thomasson, and Brian Thomasson, of Tampa, FL, and Amanda Thomasson Himmelsbach, Myrtle Beach, SC, Peter is survived by four younger siblings: Stephen Bradley Waters and his wife Wendy (Williams) of Rome, NY, Nancy Kessinger Waters of Worcester, MA, Kristin Benton Waters of Worcester, MA, and Dean Lincoln Waters and his wife Kim (Williams) of Greenwich, NY, and several nieces and nephews. He was predeceased by his parents and a special aunt, Margaret (Mardi) Barnard Rothrum.

Funeral arrangements, made by Simplicity Lowcountry, are private. In lieu of flowers, please make a donation to your local animal shelter or to the Charleston Animal Society, 2455 Remount Rd., North Charleston, SC 29406.

To plant a beautiful memorial tree in memory of Peter Waters, please visit our Tree Store

Share Your Memory of
Peter
Upload Your Memory View All Memories
Be the first to upload a memory!
Share A Memory
Plant a Tree