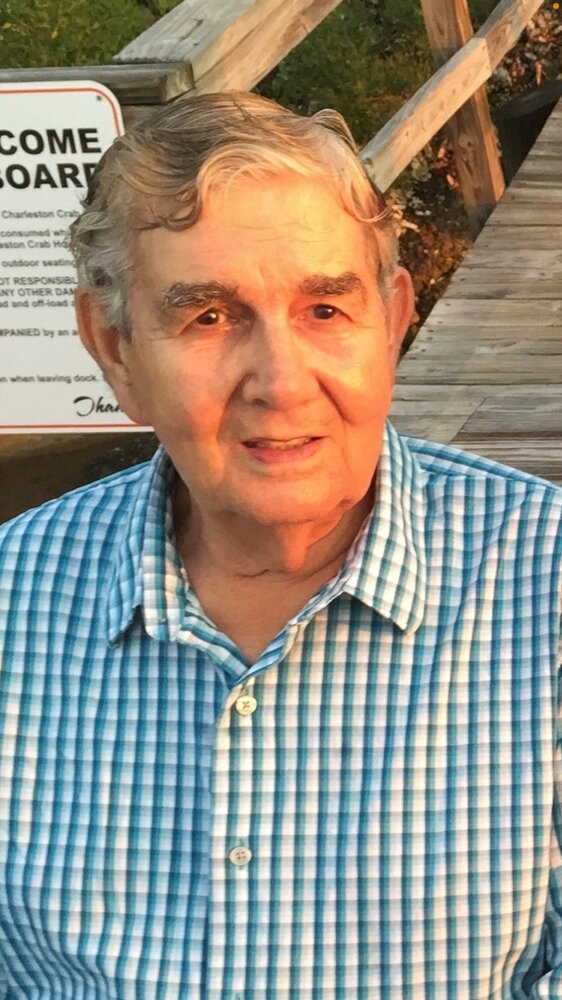 Bobby Wilbur Charpia passed away peacefully in his home in Summerville, S.C. on Friday, September 9, 2022.  Born on March 4, 1935, Bobby was the first born of Amelia Elizabeth Charpia Greenhill, who then quickly embraced his role as the eldest of six sons born in the family.  Bobby, along with his brothers, had a penchant for mischief in his earlier years.  Always a head turner, Bobby and his brothers often got away with their misdeeds with their smiles and their wavy haired, twinkling eyed good looks.

Bobby was born a natural athlete and excelled at many sports in high school.  Football, basketball, and baseball were all arenas where Bobby shined.  Photos of Bobby filled the pages in his high school yearbooks representing the proud Summerville Green Waves. These talents landed him a scholarship to play football at Newberry College where he graduated in 1957.  While in college, Bobby joined the reserves and went on to serve our country proudly as an Officer in the Marines serving a total of 6.5 years.

Bobby always had a tender heart for children and animals.  He is the father of three daughters, Cindi, Jody and Spunky (Barbara).  He doted on his three daughters and was always a very engaged father.  From his playing raucously with them until everyone collapsed from exhaustion to running to the emergency room more times than anyone should ever have, he was there for his daughters.  Halloween parties for the neighborhood were the norm as well as a swimming pool, a trampoline, blackberry picking excursions, bike riding and unironically, more trips to the emergency room.  Always one to love animals, the home was always filled with pets.  Bobby had a special connection with all his beloved pets and his lap was always filled with the love of a dog or cat.

Bobby had many hobbies from working with wood and making furniture to an intense love of motorcycles.  Bobby started riding motorcycles in college and continued until one too many encounters with gravel, stopped all the fun.  Bobby was always tinkering with some gadget, repairing some appliance or making some device as he was happier when his hands were busy.

Celebration Service will be held at Simplicity Lowcountry Cremation and Burial Services at 281 Treeland Drive, Ladson, S.C. on Tuesday, September 13, 2022 with visitation at 10 a.m. and memorial service to begin at 11 a.m.  In lieu of flowers, the family requests donations be made to the hospice of your choice.

To plant a beautiful memorial tree in memory of Bobby Charpia, please visit our Tree Store

Share Your Memory of
Bobby
Upload Your Memory View All Memories
Be the first to upload a memory!
Share A Memory
Plant a Tree