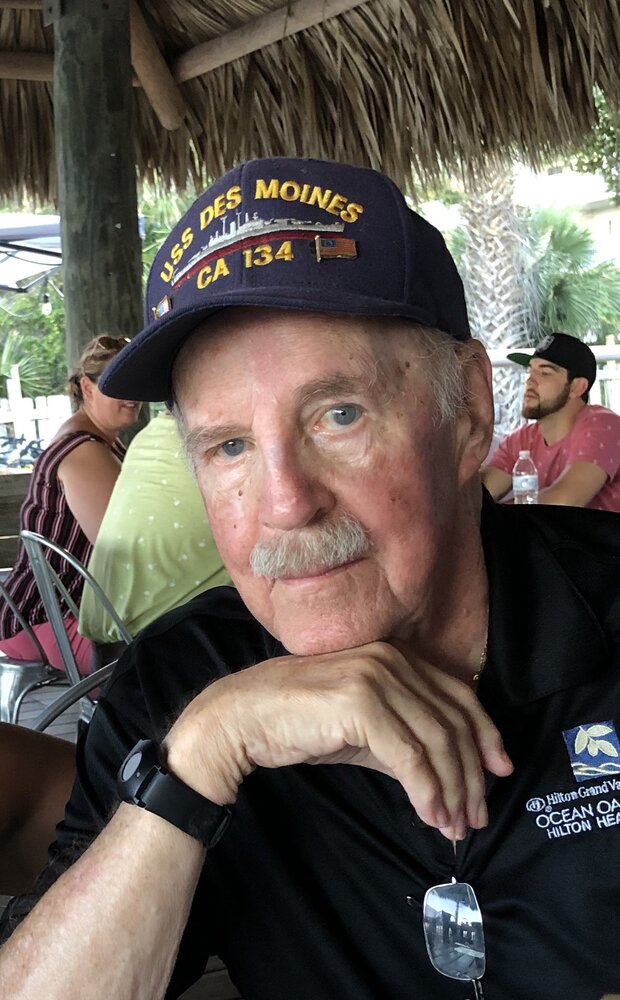 In loving memory of Robert Michael Murray, born January 11, 1932 who passed peacefully at the age of 90 years at his home with family in Bluffton, South Carolina on September 10, 2022. Bob was born in Dorchester, Massachusetts, the son of the late William F. and Margaret (Horan) Murray of Cambridge, Massachusetts. Bob grew up in Cambridge with his brother William F. Murray Jr. of Woburn, MA, the late Joan M. (Murray) Denaro of Weymouth, MA., and the late Lawrence B. Murray of Belmont, MA.

Bob was a graduate of St. John’s High School in Cambridge. Immediately following high school he enlisted with the Naval Reserves, and subsequently volunteered for active duty with the Navy when the war in Korea broke out. Bob proudly served as a Radar Operator on the Flagship U.S.S. Des Moines, which toured the Mediterranean, with the sixth fleet. He was extremely proud of his service to his country. A truly loving, kind, caring man who touched so many lives, for which he will always be remembered. So many nieces and nephews, he leaves behind.

Bob is survived by his wife Mary Rosalie (Orifice) Murray (formerly of Waltham), from Bluffton, SC. He also is survived by his daughter Corrine Rose Murray and granddaughter Samantha Renee Washam of Derry, New Hampshire; son Simon Paul Murray and daughter-in-law Lady Mae (Caberte) Murray and grandson Maxwell Robert Murray of Bluffton, South Carolina. Bob was a quiet private man, yet always made his presence known, with that smile, his jokes, and the always intriguing stories he would tell.

Bob lived a long life of servitude, travel, education, skill, and talent; he will be missed dearly. Following a lengthy illness, Bob was cared for by family at home, and cared for in cremation at Simplicity Lowcountry Cremation and Burial Services. The Murray family will hold a Celebration of Life for Bob, and invite family and friends who wish to attend, on Sunday October 23, 2022 from 1-5 PM at the George A. Campbell American Legion Post 101, 194 Lexington Street, Woburn, MA.

Bob’s wishes were to orbit the Earth when he had passed, so that as he orbits, we can remember him as we look up at the night sky. The family will fulfill Bob’s wishes, for Bob is reserved on a Celestis Memorial Spaceflight to launch later in 2023, out of Cape Canaveral in Florida. On this memorial spaceflight Bob will orbit the Earth for two years, after which he will re-enter Earth’s atmosphere and return as shooting star. God speed, God rest your soul, our hearts are broken, but God takes the best.