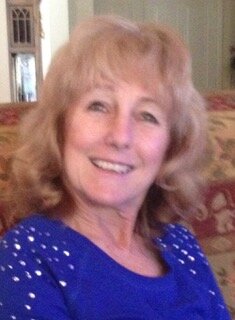 Kimerli (Kim) Ann Galloway, age 65 of Buford, GA entered heaven's gates on the evening of September 14, 2022 at the home of her parents after a two year struggle with cancer. Born in Key West, Florida on April 10, 1957, Kim was energetic, independent and full of life. She was constantly active and enjoyed yoga, aerobics, and taking care of her home. But her biggest devotion was to her pets and she had a wall of trophies and ribbons to show her success and dedication to them. Kim raised many championship American Eskimos and was constantly on the move to the next event where she was well known and loved in the community. She also was active with animal rescue and saved many animals from abandonment and cruelty.

Throughout her long battle, she voiced very few complaints with only a handful of people even knowing the difficulties she was struggling with.  She was incredibly strong of spirit and chose to share her quick witted humor instead, even in her final days.

She is survived by her parents, Edward and Patricia Galloway of Bluffton, SC; her brother Darryl Galloway and his wife Cynthia of Duluth, GA and their son Taylor; and her sister Kristin Fiano and her husband Ric of Savannah, GA.  She was predeceased by her brother, Barry “Bart” Galloway, but survived by his wife (Theresa) and daughter (Bailee) of Tennessee.

In lieu of flowers, consider donating to one of Kim’s favorite charities: www.aedca.org or www.heartbandits.com.

Share Your Memory of
Kimerli
Upload Your Memory View All Memories
Be the first to upload a memory!
Share A Memory