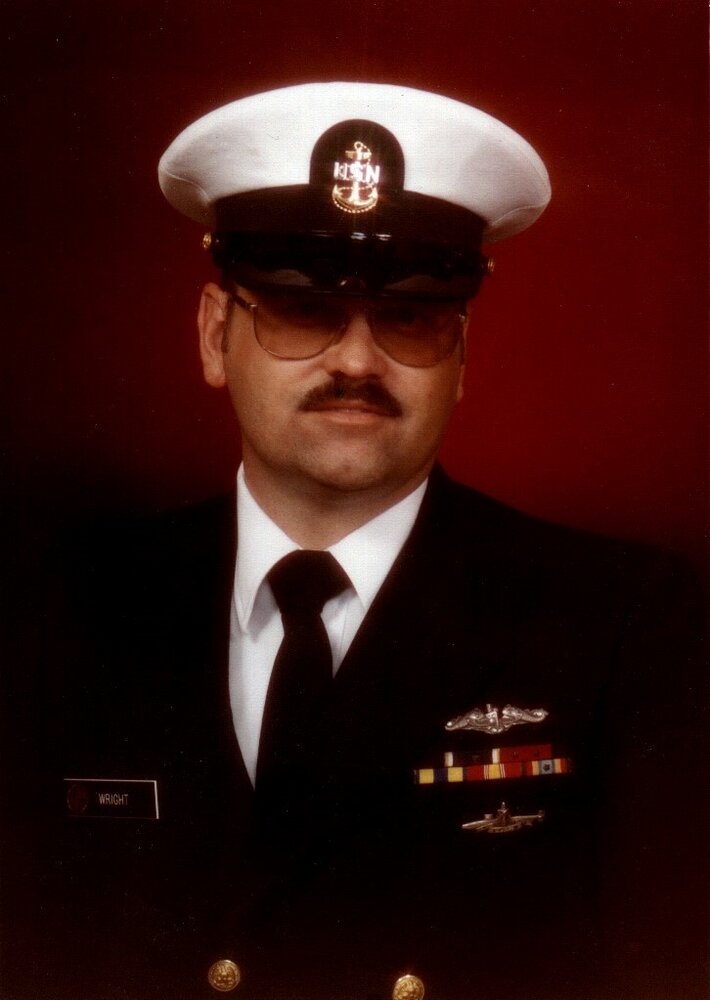 Daniel Guy Wright of Summerville SC passed peacefully from this world into the next on Sunday, October 16, 2022, after an extended illness.

He was born in Corpus Christy, Texas on March 12, 1950, to the late Raymond I. Wright and Beatrice Shroeder, but spent his early years in Michigan, later settling in the Seattle area, where he graduated from high school. In 1969 he joined the U.S. Navy and spent 24 years in loyal service to his country as a nuclear-trained petty officer with the submarine force. During his career he saw much of the world, serving in stations on both coasts and overseas in Scotland, Spain, and Guam, with visits to foreign ports along the way. He acquired a wife, Kathleen, nee Sloneker, in 1974, and added four children to his dependents list along the way. Dan retired from the Navy in 1993, settling in the Charleston area with his family. Shortly thereafter he joined the staff and teachers at Fort Dorchester High School, assisting in the media center until a second retirement in 2008.

A funeral is not planned but there will be a celebration of life for Dan at a later time, followed by an honorable burial at sea, at his request. The family is suggesting that in lieu of flowers, donations be made to any veterans’ service organization.

To plant a beautiful memorial tree in memory of Daniel Wright, please visit our Tree Store

Share Your Memory of
Daniel
Upload Your Memory View All Memories
Be the first to upload a memory!
Share A Memory
Plant a Tree