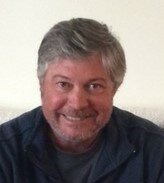 William J. Willard, IV (“Judd”) passed away on Tuesday, December 27, 2022.  He was born April 18, 1970 to William J. Willard, III and Anne Jackson Pettus in Florence, SC.  He was a 1993 graduate of The Citadel with a BS degree.  He served in the US Marine Corps & was stationed at Camp Lejeune, NC.   He worked on the waterfront for many years, then later Lowes and Dorchester County.  He was a wonderful & loving husband & father and enjoyed spending quality time with his family.  He is survived by his wife of 27+ years, Schellie Willard and his daughter, Taylor Willard and son, Carson Willard.  He is also survived by his parents, Anne Pettus (David) and WJ Willard (Joan) along with his aunt and several cousins and brother, James Thornley.  He was predeceased by his brother, Whitney Chase Willard.  He was a shining light in our lives and will be greatly missed by all that knew him.  The services will be held at James Island Baptist Church at 2023 Wappoo Dr., Charleston, SC  29412 on Monday, January 2, 2023 beginning with visitation at 1:00 p.m. and memorial ceremony to follow at 2:00 p.m.