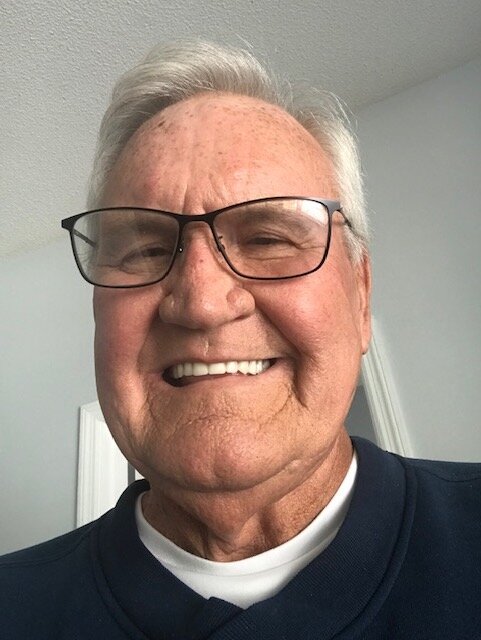 On the morning of January 5, 2023, Steve, passed away after a five-year battle with C3 glomerulopathy kidney disease while being comforted by his wife at home in Bluffton, SC. Steve was 75.

Steve was born in the town of Mars Hill in Marion County, Indiana. He was the third child of Dorothy Virginia Harrison and Harry William Poore.

After being drafted into the United States Army in 1966, Steve earned two Army Marksmanship Qualification Badges while serving in Company B, 93rd Engineer Battalion (Construction) in Fort Lewis, Washington. He fired expert with the automatic rifle and sharpshooter with a rifle. Steve loved his country.

During a long career in transportation as a manager and driver, Steve earned the American Trucking Association’s No Accidents Safe Driving Award for 14 years. His respect for the industry was evident in his training sessions whether that was with drivers or managers. His love for transportation spilled over to his home life, where he restored classic cars and had corvettes and motorcycles to drive and enjoy.

Steve also had a love for the outdoors and appreciated beautiful flowers. He was an avid fisherman who had favorite honey holes in Indianapolis and Hilton Head Island. He enjoyed fishing, boating, riding bikes and being at the beach with family and friends. Steve liked to golf and when not swinging a golf club, he liked driving around in the golf cart and using it to fish from. Playing cards provided Steve great joy. Euchre was one of his favorite card games and he played a lot of poker over the years. Steve was very competitive when he played board games and wouldn’t cut anyone (even children) any slack. He was a keen online chess player but preferred to play across the board from his opponent.

Steve enjoyed watching his children and grandchildren play sports. He was their biggest fan. He was a baseball, basketball and football enthusiast cheering for the New York Yankees, Indiana Pacers, Indianapolis Colts and Notre Dame football. Steve liked grilling outside. His favorite foods included BBQ ribs, rib eye steak and bone in chicken breast. Animals were an important part of Steve’s life. A collie named Reggie was his favorite and English shepherd, Wyatt ran a close second. And we can’t forget cats, Fritz and Sassy.

Steve volunteered as an usher and committee member at St. Bernadette Catholic Church for several years. He manned several activities at the St. Bernadette and St. Jude annual festivals in Indianapolis, IN. He was a member of the Knights of Columbus in his early years. His final church membership was held at St. Gregory the Great Catholic Church in Bluffton, SC. Steve was a member of the American Legion. Steve was best known for his quick-witted humor, love for God, country, family and friends.

Steve was preceded in death by father, Harry Poore, mother, Dorothy Mefford, and brother Harry “Bruce” Poore. He is survived by his wife, Lynn Poore and his children, Cheryl O’Bold, Laura Hebner, Robyn Clapp, Adam Poore and numerous grandchildren, siblings, cousins, nieces, and nephews. He will always be in the hearts of those who remember him.

A Catholic funeral service will be held on Saturday, March 25, 2023, at 10 a.m. at St Jude Catholic Church in Indianapolis, IN. Visitation begins at 9 a.m. In lieu of giving flowers, the family asks that those who are able instead donate to the Fisher House Foundation.

Feel free to post comments on the Simplicity Tribute Wall.

Share Your Memory of
Steven
Upload Your Memory View All Memories
Be the first to upload a memory!
Share A Memory