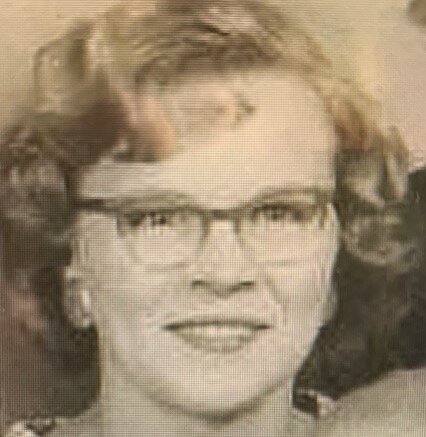 Iowa native Shirley Arlene Tardif, 91, passed away Dec. 27, 2021, at her home at the Okatie Pines Retirement Community in Okatie, S.C. She had been suffering from chronic obstructive pulmonary disease.

Before moving to South Carolina last summer, she had been a longtime resident of Long Neck, Del.  She retired in 1990 from her federal government post as a grants manager for the U.S. Dept. of Health and Human Services in downtown Washington, D.C.

She was born Shirley A. Dunahoo on Sept. 1, 1930, in Mason City, Iowa, to Charles Franklin and Stella J. (Evans) Dunahoo. She graduated from Manly High School, in Manly, Iowa, in 1948 and at once hopped on a bus for Washington, where there would be more opportunity. She landed an office support job at the headquarters of the U.S. Marine Corps and began assimilating into big city life, jumping at the chance to attend rousing events like the President’s Cup Regatta boat races on the Potomac River and frequenting the electric Washington nightclub circuit. She soon met Joseph R. “Ray” Tardif, a young Air Force sergeant from Maine who was stationed in D.C. The couple’s Dupont Circle romance led to a wedding ceremony in February 1951 at the landmark St. Matthews Cathedral nearby. A year later, their first child, Diane, was born in what would soon become known as the Walter Reed Army Medical Center.

As a military family, the Tardifs would uproot periodically over the next two decades, moving on to sequential assignments in Mobile, Ala.; Paris, France; Hanover, N.H.; Fontainebleau, France; Brunssum, the Netherlands; and finally back to the Washington area, taking residence in the Maryland suburb of Wheaton.

In the latter half of the 1950s, Shirley gave birth to three more children – Philip, Ginette and Roger – all at the American Hospital of Paris. During the family’s two separate tours in Europe, Shirley reveled in the excitement, the sights and the cultural flavor of life abroad, especially in France. With local French babysitters on call, she and Ray would sporadically soak up the Paris club scene, joined by other military couples who would become lifelong friends. She would do her best to pick up on the language and local customs and apply what she’d learned whenever she could, while encouraging her young children to do the same. Even in her final, bedridden days, Shirley would habitually slip an innocuous French phrase or two into the sparse conversation she could still muster with her loved ones.

Shirley was ever active while raising her family. In New Hampshire, she performed on the community stage (even once with daughter Diane) with the West Lebanon Theater Arts Group, and she and Ray also would act as chaperones for the legendary Fraternity House Party Weekend at Dartmouth College. Over time, Shirley would serve as a Boy Scouts den mother, Girl Scouts and Red Cross volunteer, and chaperone for the American teen club in Fontainebleau. (One June 1965 teen club outing placed her inside the Palais Des Sports in Paris, for a matinee concert by the Beatles.)  Additionally, as part of the close-knit armed forces community overseas, she acted as president and parliamentarian of the USAF Enlisted Men’s Wives’ Club and also was associated through her husband with the Interallied Circle of Non-Commissioned Officers, both organizations in Fontainebleau. Shirley and her husband separated in 1976 and eventually divorced.

Even as her children were still growing up, Shirley was gradually immersing herself in her career. She was a caring, well-liked professional who worked hard at developing her skills, within time doing commendable service as a grants management specialist for the HHS Adolescent Pregnancy Prevention Program, which funds diverse organizations working to prevent teen pregnancy across the United States. The job inevitably took her around the country at times, but she still managed to regularly attend PTA meetings, carpool her kids and their classmates to extracurricular activities, and plan out birthday parties, holiday entertainment and family vacations to visit relatives in the Midwest or Maine, or to go to the beach. In Europe in the mid-1960s, the Tardifs spent part of their summers enjoying popular destinations in either Spain or Italy.

She adored her children and grandchildren immensely, bragged often about their various accomplishments, and always welcomed their friends and partners with open arms and something to eat.

Upon retiring from government service, Shirley focused her energy on her own independent business, Shirley Associates, distributing health, beauty and home care products from her Gaithersburg, Md., residence. After moving in 2002 to the more-pastoral Delaware setting in Long Neck, she would get involved in the goings-on of her local homeowners’ association and coordinate holiday clothing drives for needy families in the area.

She once served on the Women’s Advisory Committee for the Office of the Assistant Secretary for Health’s Equal Opportunity Achievement Award. She was a member of the American Legion Auxiliary in Delaware and formerly was part of Beta Sigma Phi International, a women’s friendship network and philanthropic organization.

She treasured all her enduring friendships and dutifully sent her relatives and acquaintances greeting cards for every occasion – birthdays, holidays, weddings, anniversaries, baby announcements, graduations, and so on. She also unfailingly kept all the cards and letters she received throughout her life, adding them to a hefty collection of unused postcards from far-flung locations, plus an assortment of inspirational passages that she’d frequently clip and save.

Among those passages is a well-traveled funeral poem, the author presumably unknown, that begins, “When I am gone, release me, let me go. You have so many things to see and do. You mustn’t tie yourself to me with tears. Be happy that we had so many years….”

Over the years, Shirley devotedly attended, among others, St. Catherine Labouré Catholic Church, in Wheaton; St. Martin of Tours Catholic Church, in Gaithersburg; and Mary Mother of Peace Parish, in Millsboro, Del.  In her down time, she devoured the cable news channels and entertainment specials on TV and studiously worked the daily crossword puzzles; occasionally, she would slip away to the casinos (with a crib sheet on how to play poker tucked into her wallet). She accentuated the décor in her Delaware home, not far from Rehoboth Beach, with a decent number of miniature lighthouses and other bric-a-brac with a coastal motif. And she always looked forward to viewing all the light displays at Christmastime. She was an avid Washington Football Team (aka the Redskins) fan, and was a dog lover.

Shirley’s ashes will be interred alongside those of her son, Roger, at Gate of Heaven Cemetery, in Wheaton, Md., at a time of convenience for the family.

For those desiring, her family suggests memorial contributions be made in the name of Shirley A. Tardif to the Hospice Care of the Lowcountry, Bluffton, SC; the American Lung Association; or the charity of your choice.