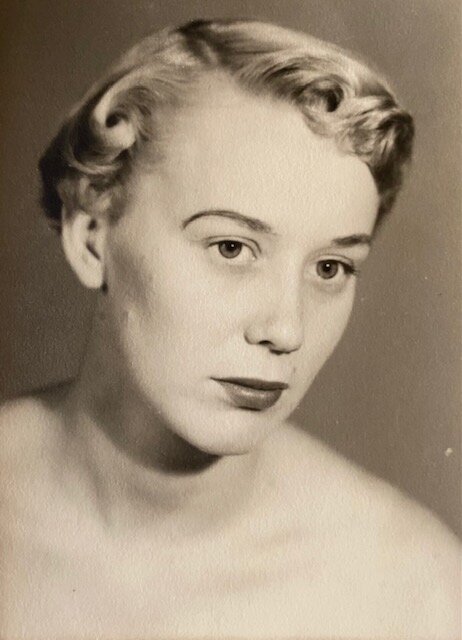 Obituary of Jean Self Tetrick

Jean Self Tetrick passed away Thursday, February 17, 2022, at The Villages at Summerville after an extended illness. Jean was born on October 2, 1931, in Bristow, Oklahoma. She was the daughter of Ira Ben Self and Iola Biggs Self. At a young age Jean and her family moved to Selma, California. Jean graduated from Selma high school in 1945 where she was active in drama, athletics and yearbook staff. She went on to attend Reedley College and graduated from Fresno State with a bachelor’s degree in physical education.  She also obtained her teaching credentials and was certified to teach first through sixth grade.  While attending college Jean was very active in clubs and modeling. Jean was a point guard for her women’s college basketball team.  Women’s college basketball would always remain close to her heart, never missing March madness and filling out her bracket.   Jean started teaching second grade in Reedley, California before moving to Monterey to teach 4th grade.  While in Monterey she met and married Lt Jack Tetrick of Clarksburg West Virginia on June 7th, 1958, while he was attending the Naval Post Graduate School.

Jack and Jean began their marriage by traveling between coasts and overseas. While following Jack’s ship Jean lived for a short time in Naples, Italy.  During her husband’s twenty-six-year naval career Jean raised their two sons and became the consummate hostess, always ready and willing to put together a dinner or party at the drop of hat.  She was known for her keen sense of humor, love of books and being a serious bridge player. Jack and Jean made many lifelong friends throughout their many duty stations.  After Jack’s retirement from the Navy, Jean continued to stay busy driving the local library book mobile and volunteering at the senior center to file their taxes.  Jack and Jean ultimately retired to Lake Floyd, WV, where she was an avid swimmer, active in the local garden club, bridge club and a part of the lake’s “beach bunnies.”  Jean and her husband continued to travel throughout their retirement. They especially loved attending Naval Academy reunions and Army/Navy games.  Jean always loved being near water and she enjoyed spending time walking the beach during their annual trips to Isle of Palms, SC.

Jean and her husband eventually purchased a winter home in Summerville, SC to be closer to their three grandchildren. After her husband’s death, Jean made Summerville her permanent residence only spending her summers at Lake Floyd.  Jean continued to make friends wherever she went, never meeting a stranger. She will be greatly missed by her surviving son Captain Scott J Tetrick, USN, (RET), and his wife Shea of Summerville and their three children, Lara, Jackson and Julianne.  She is also survived by her sister Deon Chapo of Sacramento, California, her niece Sandy Elledge (Joe), and nephew Jimmy Self (Cindy), niece Kathy Hall (Don), nephews Richie Tetrick (Lee), and David Tetrick.  She is preceded in death by her husband Captain Jack Tetrick, USN (RET), son Jeffery D Tetrick, and brother Lt Col Jimmy Kent Self, USAF (RET).

Services will be held later at United States Naval Academy, Annapolis. In lieu of flowers please donate to your local animal shelter.

To plant a beautiful memorial tree in memory of Jean Tetrick, please visit our Tree Store