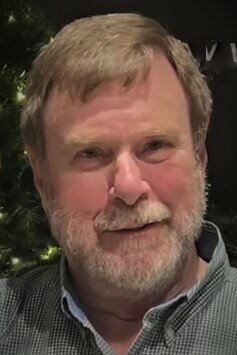 Carlon was born in Venia, VA, on June 28, 1947, to Mazie E (Wampler) and Clyde C Lambert. His father worked in the coal mines and was the Founder and Pastor of Free Christian Church in Honaker, VA.

Carlon’s formative years were spent roaming the hollers of the Big A Mountain section of Honaker, VA.

He entered the USAF at age 17 in June of 1965 and served honorably for 20 years. The majority of his service was spent as a radar technician at site C-6 in Freeport, FL, with remote assignments to Shemya Island, AK, and Thule, Greenland. After military retirement he spent 22 years working for Raytheon Technical Services at the Cobra Dane radar site on Shemya Island, AK.

In 1967 while stationed at Cape Charles AFB, VA, Carlon met the love of his life, Mattie Lynne Culver with whom he was blessed to share a beautiful life of 55 years.

When not working Carlon could be found spending time on his computer, completing honey-do lists, and/or lending a hand to anyone at any time for anything. He was a true jack-of-all-trades.

Carlon was preceded in death by his father, Reverend Clyde C Lambert, and brother, Leslie Lambert.

Celebration of Life service for this extraordinary man will be held Tuesday, April 12, 2022, 1:00 pm at Crosspoint Methodist Church, 214 Partin Dr S, Niceville, FL. Reception will follow in the fellowship hall.

Donations can be made to the Stephen Ministry at Crosspoint Methodist Church.

Share Your Memory of
Carlon
Upload Your Memory View All Memories
Be the first to upload a memory!
Share A Memory