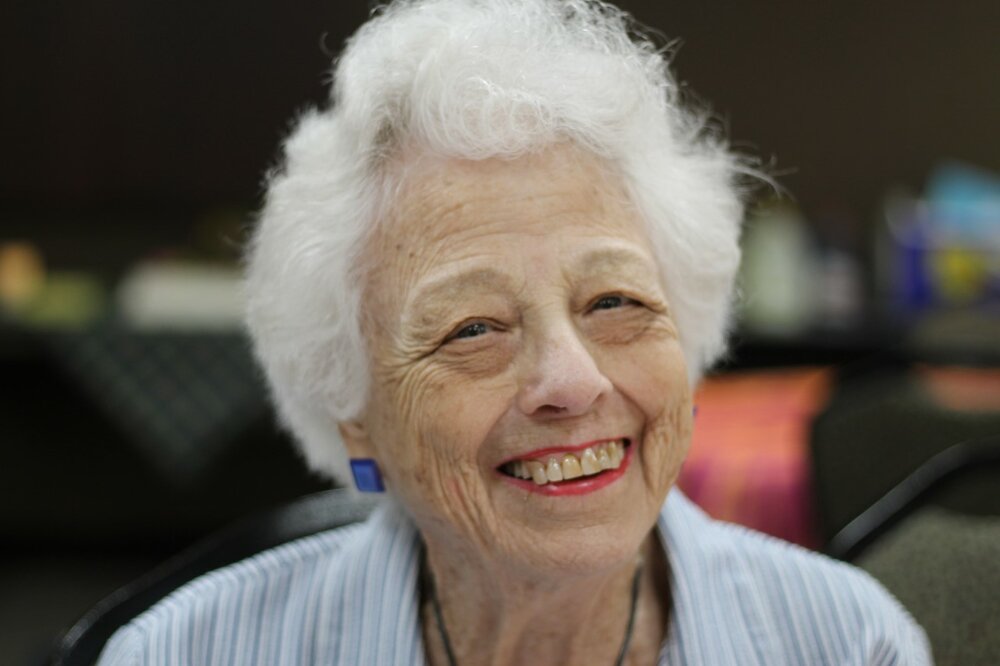 Whitney Lawrence Hammett was born in Anderson, SC on July 16, 1926, the daughter of Mildred and Henry Lawrence. After graduating from the Anderson Girl’s High School, she attended Winthrop College, and graduated with a degree in Commerce. She married Prue Hammett, who died in 1969. They had three children, Debbie, Carter, and Mac. While she raised her children, she worked at Ida Watts Kindergarten, and also served as surrogate mother to all of her children’s friends. She was an active member of Central Presbyterian Church. After the death of her husband, Prue, she worked as a receptionist for several physicians in Anderson.

As her parents aged, she moved to Hilton Head Island to care for them. She worked at Curry Copy Center and was an active member of First Presbyterian Church. As she approached her 80th birthday, she moved to Cooper Hall in Mt. Pleasant, SC to be closer to her children.

Whitney was a true southern belle; the queen of southern anachronisms. Whether you were male or female, close to her heart, or just meeting her, she referred to you as darlin’. Her highest values were kindness and charm, and her deepest values were equality and dignity of the human spirit. She was a champion for the hurt and mistreated. Everyone was on an equal playing field for Whitney. If she had departing words, she would say, “Make this world a better place while you are in it,” and “Don’t forget to have fun darlin’.”

Whitney is survived by her children Debra Allen (Bill) of Greenville, SC, Carter Hammett-McGarry (Rick) of Cornelius, NC, and Prue “Mac” Hammett (Judy) of Mt. Pleasant, SC, and their families.

In lieu of flowers, memorials may be made to St. Jude Hospital or your favorite children’s charity.

To plant a beautiful memorial tree in memory of Whitney Hammett, please visit our Tree Store

Share Your Memory of
Whitney
Upload Your Memory View All Memories
Be the first to upload a memory!
Share A Memory
Plant a Tree