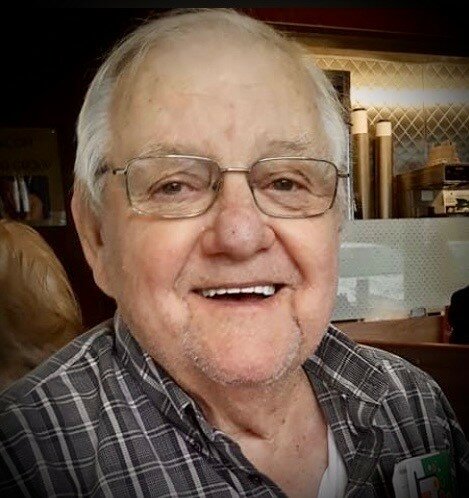 Arthur, known to most of his friends as Woody, was born in Charleston, SC, to Vernell and Alvin Wood on December 18, 1939. He and his sister Alicia grew up in the Rosemont area of North Charleston.

After graduating from Chicora Highschool, he began a long career in carpentry.  He owned his own home remodeling company, Wood Plastics, specializing in flooring and countertops.

In the younger years, Arthur was known for his love of fast cars, fun times, but mainly for dancing and loud music. He was always one to host family and friend gatherings that usually included a fish fry, an oyster roast, or a good barbecue dinner. From birthday celebrations, family reunions, or any good reason to get together, the food, fun and music were always on point.

Married young to Harriet Keller, they had one daughter Mary Beth. To most all her friends, he was known as Ozzy and they were treated as one of his own too!

He lived all his life in Ravenel and for several years was a member of the Ravenel Volunteer Fire Department. He helped host many of the fundraising Turkey Shoots and events to better the department.  He enjoyed vacations to the mountains and visits with his sister and family in Indiana and cousins in Wisconsin.

In 1993 he met Marie Harris. She became his partner in crime for over 20 years.  Her family became his family. He gained his bonus daughters, several grandchildren, and a few brother and sister-in-law‘s. He loved them all dearly.

Later in life, he belonged to a gentleman‘s car club group of old friends that got together most Saturdays for lunch. They shared stories, jokes, news of the community, but mainly shared their love of classic cars. When in town, he liked to have his son-in-law Bob join in.

He will be dearly missed by all

To plant a beautiful memorial tree in memory of Alvin Wood, please visit our Tree Store

Share Your Memory of
Alvin
Upload Your Memory View All Memories
Be the first to upload a memory!
Share A Memory
Plant a Tree