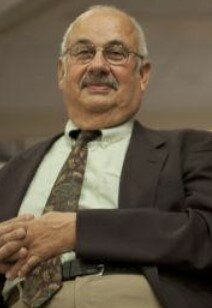 He was born on May.17, 1945 in Beaver Falls, Pennsylvania.  He graduated in 1963 from New Brighton High School.  Ray is preceded in death by his former wife, Mary (McCoy) McMahon and his parents, Howard and Martha McMahon.  He is survived by his two daughters, Amy McMahon and Kimberly McMahon, both of Charleston, SC, his brother Thomas, of Lang, NM and his loving partner of fifteen years, Shirley Boser.

After receiving his degree from the Edinboro State University, Ray started his career in education.  Ray was an assistant professor of geography. He was a member of the early teaching faculty in the 1960s who came to Bradford to teach geography.  He then went on to serve as the Director of the Bradford Redevelopment Authority from 1974 to 1984. Following this he moved to the private sector as VP and General Manager of E.W. Bisett & Sons, Inc. before serving as the Director of the City of Bradford Office of Economic & Economic Development (OECD) from 1987 to 2006.  During his leadership at OECD he drove economic development for the city and realized economic impact across the region.  Most notably, while serving as Director he worked closely and strategically with ARG and local and state elected officials to help achieve the successful acquisition of the former Kendall/Witco Refinery by American Refining Group (ARG).  Prior to this acquisition the refinery and packaging plants were scheduled to be closed. This would have resulted in the loss of over 200 jobs and a yearly loss to the local economy of $50 million. The Governor’s Action Team was also involved.  McMahon’s contacts were many and his relationships across the state were deep.  Ray successfully implemented many federal and state programs to the benefit of Bradford industry and businesses, including the implementation of Keystone Opportunity Zones (KOZ)s throughout our community. The highly competitive KOZ program, considered the number one economic development strategy in the nation by Business Facilities magazine, was successfully implemented in Bradford to stimulate investment and economic growth.  Ray also created an efficient model of running the Bradford OECD without relying on or drawing from  the City’s general budget – a model that remains successful to this day.  He recruited many businesses to startup, relocate and grow in the Bradford community.  Many of these businesses still exist 20-to-30 years later. With help from the team he built within OECD, Ray led in obtaining the necessary grants and funding for creation of the 350-acre Lafferty Hollow Industrial Park, as well as managed multiple multi-tenant facilities that helped both attract new business to the area and help existing businesses grow. Ray was an effective leader who faced challenges with a keen strategic vision.

A memorial service will be held in Bradford in the summer, 2023. In lieu of flowers, please make donations to the McKean County Community Foundation in support of (and attention to) the ‘Harvey L. Golubock Business Competition Fund’ at the at mccf@mckeancountyfoundation.org or calling the MCCF office at 1-844-238-2289.

To plant a beautiful memorial tree in memory of Raymond McMahon, please visit our Tree Store